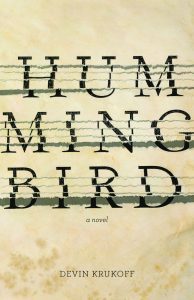 Have I mentioned before how much fun it is to just plunge into a book and/or author (in this case, both) I haven’t come across before?

Hummingbird tells the story of a man named Felix. He lives alone (at least, at first, he seems to). He spends too much time on the internet visiting live porn sites, and becomes enamored of one woman in particular. (“Whether she knew it or not, we had a relationship, and it bound us together as surely as a solemn vow.”) Things get creepy, but only up to a point, and then they get confusing. Felix wakes up one day to find himself with a girlfriend he doesn’t remember, no cigarettes in his pocket (or desire for a cigarette), and no memory of how to interact with the computer.

Things feel off with Felix from the very first page. He’s upset that no one informed him that the Connors are moving out of the apartment building, even though they didn’t know each other in the “traditional sense”.

For the first time in my adult life, I was almost happy. I had a book in print. A place of my own. A growing family to vicariously enjoy. From my balcony I could almost see the ocean.The disorder in the apartment was useful, or familiar at least.I was accustomed to the dishes in the sink and the empty liquor bottles on the counters. I didn’t mind navigating towers of second-hand paperbacks or kicking through piles of old shirts and underwear on my way to the bathroom… As for all the neighbours, I appreciated the sounds of them going about their lives – a spoon rapping against a pot, a body shifting in a bathtub, a vacuum cleaner grinding. People shouting, laughing, fucking all around me. I might not have spoken to any of them directly, but we communicated in other, more subtle ways, and I took comfort from the notion that we were part of the same community.

Feelings of doubt and paranoia intrude on his thoughts. Can he time-travel, or is he just crazy? Is the world trying to tell him something, or is it just his imagination? Is he a good person, or is he capable of acting on the sadistic thoughts that run through his head?

I could see from their faces that I’d transformed into something terrifying, an animal on whom clothing would have looked absurd. A wild shriek tore its way out of my throat, flattening them against the walls. Then, hunched like a troll, genitals swinging, I gripped the handle of the front door and stepped out into the crowded street.

Pity becomes an overriding emotion. Just a guy, trying to live his life, but having a rough time of it. Mentally ill, a disappointment to his family. He needs help, but doesn’t really know how to get it. And how do you find help for yourself and then make sure you follow through on your own? What will become of him?

… the world had gradually forced me out, the way the skin forces out a sliver of wood. And now that I’ve been rejected, I had no way of finding my way back.

Is there hope of love and companionship in his future? What would that look like? Does he even deserve it?

Hummingbird reminded me of Bellevue Square by Michael Redhill. I thought I knew what was going on until I realized I didn’t. And from that point on, I questioned everything I read (I was as confounded as Felix). If you don’t like being confused or not knowing how things stand in your fiction, you might want to avoid this book. But, for me, it was a pleasure.

Be sure to check out Buried in Print’s review of Hummingbird (and lonely characters): “It’s lonely, it’s disorienting, but it’s also consistent and credible and crafty.”

Thank you to the folks at Freehand Books for sending me a copy of this book!

21 thoughts on “Hummingbird by Devin Krukoff” 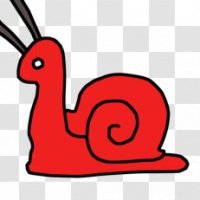 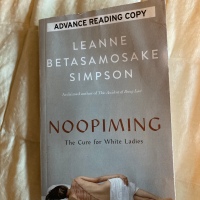 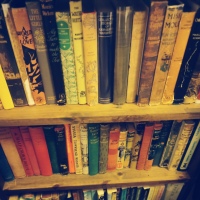 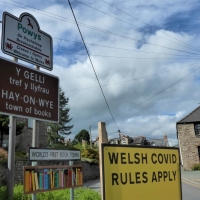