Reproduction is a literary structural feat. I didn’t even realize the extent of it until I did some homework. Part 1 of the book includes two central characters and is made up of 23 sections that represent the number of chromosomes in the human body. Part 2 includes four central characters (2×2) and is made up of 16 sections (4×4). Part 3 is made up of 256 shorter sections (16×16), and Part 4 has what Williams is calling “cancer” (another form of reproduction) – “This manifests on the page with subscript and superscript interruptions that begin to sprout up like tumours mid-sentence.”

In a Q&A in The Vancouver Sun, Williams explains: “I wanted a novel that would reproduce itself. In Part 4, you’ll see how I finally got the book to generate a coherent organism resembling itself out of its own material. But then I wasn’t satisfied with the achievement of creating a book that reproduces itself. I started to ask, Can a book encode its own death even as it seems to be growing? Solved that, too. In Part 4, the book both grows and dies.”

But these are not the things I noticed while reading the book. The unique structure adds a level of interest to the reading, but it means very little if the story isn’t good. What was it that kept me reading?

When asked by The Vancouver Sun what Reproduction is about, Williams tells them: “The novel is about the families we are born into and those that we choose to form.” A chance meeting of two people in a hospital room leads to a mismatched group of people who (we might say) make up a family… whether they like it or not.

Reproduction is character-driven, and the characters are distinct and strongly defined. Some are likeable, some are decidedly not – but they are all wonderfully imperfect and, well, … ordinary.

One could say that the odd character grows over the course of the book, but I’d argue that most of them do not. Most of them remain stubbornly the same – Edgar is just as maddening at the end as he is in the beginning; Oliver never stops whining about his ex-wife; Felicia’s determination never wavers; Army is still coming up with money-making schemes. You get the sense that they don’t care a fig that they’re in a book. They’re not thinking about redemption or forgiveness – they’re thinking about groceries and sex and paying the rent. The stuff of ordinary lives.

I can’t go away without mentioning how funny this book is. Williams has had entirely too much fun writing it. In addition, he deftly weaves all the ‘isms’ into the characters’ day to day interactions, turning the ordinary into something extraordinary (and relevant) for the reader.

A few of the isms…

His complaint confirmed Felicia’s suspicions about white people, although she now saw him as less of a white man and more as a very pitiful man, the way she pictured all men as somewhat simple and unrefined and helpless with basic things but good with abstract things like bills over fifty dollars.

Felicia pulled her toque low over her ears. She didn’t want to be looked at. Sometimes, as a woman, you don’t want a man rubbing his eyes all over you in the offhand appraising way they have.

The sex talk that Felicia received had two problems. First, it occurred after she had had sex. Second, it was delivered by the man with whom she had just had sex, had been having sex for six weeks. / In its entirety, it went like this: I don’t want to get pregnant. / Then don’t.

No, Edgar was not violent with her. He was insistent.

I know what it is, Edgar said. He tapped the screen as he had seen all those kids in skinny jeans do. He wasn’t Amish. He double tapped it. Or a Luddite. He swiped. Or a caveman. He held it up to his ear. Or a dinosaur. Finally he shook it. He had opposable thumbs.

The concerns of teenage boys…

What if, in fact, he had had sex with Heather and didn’t know it? What if his Olympic sperm had been absorbed through her skin directly into her uterus…

If you could cut a baby out of a woman’s stomach, then surely you could put one in through her stomach. Surely maybe couldn’t you?

Waking the following morning at her house, rather, the room she shared with her mother, rather used to share with her mother, in Christian Lady’s house, Felicia was struck by how the room itself seemed to have a heart attack. It was stuffed with so many things, greeting cards, ornaments, peacock feathers in vases, creams, boxes of clothes that couldn’t fit in drawers, petticoats airing out. By contrast, Edgar’s house could be diagnosed with pneumonia. The air was frail and old. It smelled of smoke, rubbing alcohol, cleaning agents, all very thinly, like a chewed flavour on someone’s breath.

I read Reproduction as a member of the Giller Prize Shadow Jury. Visit Buried in Print to read Marcie’s thoughts on the book, and The Temz Review for Marcie’s amazing review. You can follow all of our Giller shadowing at Kevin from Canada. 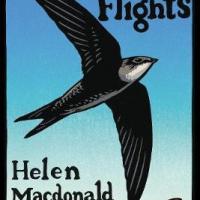