Not long after writing about Alistair MacLeod’s short story, The Boat, I started hearing about plans for making In the Fall into a short film, which you can read about here and here. It’s going to be a beautiful film if they can capture the atmosphere from the story, but boy is it going to be sad.

It is hard to realize that this is the same ocean that is the crystal blue of summer when only the thin oil-slicks left by the fishing boats or the startling whiteness of the rising seagulls mar its azure sameness. Now it is roiled and angry, and almost anguished; hurling up the brown dirty balls of scudding foam, the sticks of pulpwood from some lonely freighter, the caps of unknown men, buoys from mangled fishing nets and the inevitable bottles that contain no messages. And always also the shred of blackened and stringy seaweed that it has ripped and torn from its own lower regions, as if this is the season for self-mutilation — the pulling out of the secret, private, unseen hair.

A boy watches his father as he stands and looks out the window of their small house at the horse in the pasture. The horse has been with them a long time, but is getting old. The boy’s mother is trying to convince his father to sell the horse – he eats more than he’s worth now that he’s too old to work. The mother will be home alone with the horse and the children all winter while her husband’s working in Halifax, and she’s worried there won’t be enough food for the cattle.

Her husband hesitates. And argues. He loves that horse.

My father had been his driver for two winters in the underground and they had become fond of one another and in the time of the second spring, when he left the mine forever, the man had purchased the horse from the Company so that they might both come out together to see the sun and walk upon the grass. And that the horse might be saved from the blindness that would inevitably come if he remained within the deeps; the darkness that would make him like itself.

But what must be done will be done. The horse must go, and the boy must learn that these things happen.

MacRae, the drover, comes to get the horse. [The villain.]

He is short and heavy-set with a red face and a cigar in the corner of his mouth. His eyes are small and bloodshot… He carries a heavy stock whip in his hand and taps it against the side of his boot.

They watch as MacRae tries to lead the horse up the ramp into his truck. The horse refuses to go and eventually needs to be led up the ramp by the boy’s father. The horse follows, trusting him completely after all these years. (Which is what breaks your heart.)

But, thankfully, the story doesn’t end there. There is a happier lesson for the boy to learn as he watches a tender moment between his parents, after everything that has happened.

As we leave the melancholy little building the wind cuts in from the ocean with renewed fury. It threatens to lift you off your feet and blow you to the skies and your crotch is numb and cold as your clothes are flattened hard against the front of your body, even as they tug and snap at your back in insistent, billowing balloons. Unless you turn or lower your head it is impossible to breathe, for the air is blown back almost immediately into your lungs, and your throat convulses and heaves.

23 thoughts on “In the Fall: A Short Story by Alistair MacLeod” 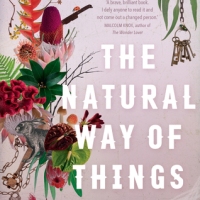 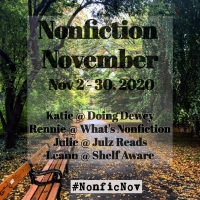