Nova Scotia celebrates Heritage Day in February, on the same day that many other provinces in Canada celebrate Family Day. ( Here’s a quick guide to the provincial differences.)

I immediately became fascinated with this year’s nominee – Mona Parsons – how could I not have heard of this remarkable woman before? Conveniently, there was a book about her by a Nova Scotian author that was available right away, and I was able to impart my newfound wisdom about this woman around the supper table on Heritage Day. To my family’s great delight.

Mona Parsons: From privilege to prison, from Nova Scotia to Nazi Europe by Andria Hill

Mona was born in Middleton, NS in 1901 and moved to Wolfville with her family in 1911. She grew up with a good education and a vibrant personality. She studied acting and spent time in both Boston (at the Currie School of Expression) and New York (as a chorus girl in the Ziegfeld Follies). After coming home to be with her sick mother, she returned to New York to study nursing.

Her brother was also in the area (Rhode Island), and introduced her to a business associate – the man who would become her husband.

Willem Leonhardt was a Dutch millionaire. After they married in 1937, they lived in Holland in a big house with beautiful gardens, which she called “Ingleside”. (!!)

During WWII, Mona and Willem used their house to hide Allied soldiers. Mona was caught and imprisoned for almost 4 years. She was moved from prison to prison, her final destination being Vechta where she met a young Dutch Baroness. Vechta was a target for the Allies near the end of the war, and in the confusion of the bombing (during which the men’s prison was directly hit), Mona and Wendy escaped. They disguised themselves as a niece and aunt and headed towards Holland.

It’s the details of Mona’s story that makes it so compelling. All the connections made between her present circumstances in Holland and home reinforce what a small world it is. For example, when found at the end of the war, her story was so unbelievable that she was suspected of being a spy and taken in for questioning. But while there she came across several soldiers from North Nova Scotia Highlanders who knew her from home and could vouch for her. To read about the details of it all yourselves, visit this site. (Written by the author of the book, I found this article so riveting I read the whole thing as though I hadn’t already read the book.)

Mona Parsons Leonhardt, at five foot, eight inches tall, weighed eighty-seven pounds when she stumbled upon her compatriots. They provided food and medical attention. One young soldier gave her a precious gift of three Moirs chocolates sent from home in a care package. Then she was whisked away to Canadian Army Rear Headquarters in Oldenburg, Germany, where she encountered recently promoted Captain Robbins Elliott of the North Nova Scotia Highlanders. Elliott, with Canadian Military Intelligence, was astounded to encounter a woman he knew—his father had been the physician who attended Mona’s mother in her final illness in 1930 —so far away from home. Here was the woman whom his older sister, Shirley Elliott, still remembers in 1998 as a “gorgeous woman, always so well dressed and who loved to dance,” abused but far from defeated. It was in Oldenburg that Mona met up with a childhood friend from Wolfville, Major-General Harry Foster.

After the death of her husband, Willem, Mona returned home to Nova Scotia where she met up again with Major-General Harry Foster. They married in 1959 and lived their years together in Chester, NS. After Harry’s death in 1964, Mona moved back to Wolfville where she lived until her death in 1976.

Fun fact: “Tat” McLean, the mother of Shirley MacLaine and Warren Beatty, grew up in Wolfville, NS and acted in some of the same local productions as Mona Parsons. 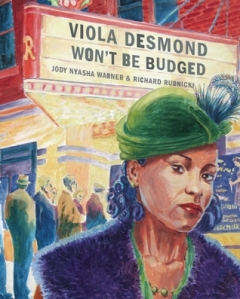 A list of the past and future Heritage Day nominees can be found here.

Our first Heritage Day honouree (2015) was Viola Desmond, another amazing Nova Scotian woman worth talking about. Viola Desmond is sometimes known as Canada’s Rosa Parks, except that Viola’s story took place 9 years before, in 1946. She was arrested for trying to sit in the “white” section of the movie theater in New Glasgow, Nova Scotia.

An interview with Viola’s sister, Wanda Robson, after it was announced that Viola was chosen to be featured on the new $10 bill. (2018)

Next year’s Heritage Day honouree will be Maud Lewis, a well-known local artist. 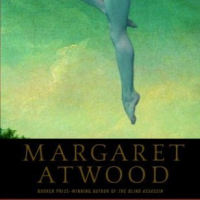 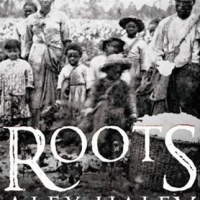 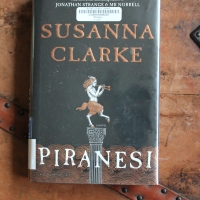