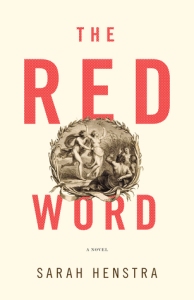 Consent. Rape culture. The male gaze. Sex-positivity. The Red Word asks a bold question: what if women weren’t content to wait for the next assault to take action? What if they got tired of the his-word-against-hers stalemates? Set against the sex wars of the 1990s and the birth of third-wave feminism, the result is a smart, dark, take-no-prisoners look at the extremes to which ideology can go.

If you’re looking for an intense, thought-provoking read about rape culture and feminism, this is it. It’s scary how far things go in this book, but it does a good job of blurring the lines between right and wrong, victim and victimized – confusing the reader into re-thinking what they might before have assumed was obvious.

Karen is in her sophomore year at university and finds herself living between two extremes. She lives at Raghurst with four other female students who draw her in with their “intellectual stimulation and indomitable spirit”. They convince her to sign up for a feminist mythology class with an adored professor. On the other extreme, Karen spends a lot of her free time at a male fraternity with her boyfriend, who is one of the “brothers”. This particular fraternity has the initials GBC and is known as “Gang Bang Central”.

(As an aside, I was interested in what fraternities and sororities were all about and why they are so much less prevalent in Canada. Here’s an article I found comparing fraternities in Canada vs. the U.S.)

At first, Karen thinks she’s got it all under control. Until she learns what her roommates are up to, and what they have done. Now people are suffering, and Karen doesn’t know what to do. Are the right people even the ones paying the price for her roommates’ actions? All the feminist mythology classes in the world can’t help Karen with her dilemma.

It’s not fatal when it’s a shallow dive. Was that the sum of my philosophy?… Maybe all I wanted, all along, was to dabble, to dip toes only, to skim for dross instead of plunging deep. I wanted to wade the shallows and watch while others drowned.

The book starts off with Karen in later years, planning to fly down to her alma mater to attend a conference related to her career. She gets a message from one of her old Raghurst roommates that another one of their roommates has died and her memorial service is planned for the same time Karen will be at the conference. These sections with the older Karen are sparse compared to the rest of the story, but I found that having the story told from the “looking back” perspective helped me feel less bothered by the younger generation.

I don’t normally go in for books about university-aged kids; their antics and drama usually grate on my nerves. And, although this was still the case at times, I felt the story called for it. There was purpose behind the drama in their lives and the endless loop of parties and alcohol and drugs and parties and alcohol and drugs… (I’m going to make sure my kids have NO spending money when they go to university!)

I did enjoy the fact that Karen went to university around the same time as I did (mid-90s). Although, to be clear, my university experience was nothing like Karen’s. Honestly, I don’t know how the kids in the book ever got any work done. Or even stayed alive!

Another aspect of this kind of story – this kind of life – is the privilege behind it. In this story in particular, many of the students come from very well-to-do families, some of them already knowing they have a job lined up in the family business after they graduate. They’re used to having things handed to them, used to having their messes cleaned up for them, used to being able to do what they want without consequences.

By now you probably have a good sense as to whether or not you want to read this book. (I suspect some readers will jump all over it while others will stay far away.) So I won’t say much more, except that some terrible things happen, poor choices are made, there are many regrets and a lot of damage is done. The book is well written and compelling. You will shake your head, scratch your head, hold your head… but most of all you will have to use your head to figure out what you think of it all. What does it all mean to you? What would you have done? Where would you draw the line?

We all thought we were different but we weren’t. We all thought we were resisting something but we weren’t. We all thought that life would be like this forever but it wouldn’t. We were going to spend the rest of our lives trying and failing to re-create this feeling of urgency, of specialness, at being smack at the epicenter of everything important  and real happening in the world. For the rest of our lives we would yearn for this feeling of exigency and belonging and fullness and passion. From here on in, it would be nostalgia.

Thank you to ECW Press for sending me an ARC of this book!

Visit Sarah Henstra’s website for her bio and a list of reviews and praise for The Red Word.

30 thoughts on “The Red Word by Sarah Henstra” 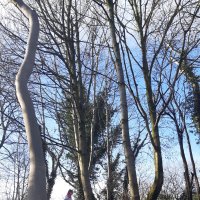