I read these books back in December, and was hoping to find more time for each of them, but they are starting to get away from me… 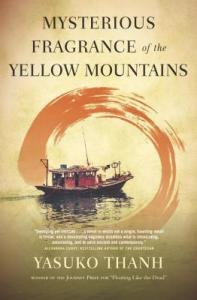 Mysterious Fragrance of the Yellow Mountains by Yasuko Thanh

This book is Yasuko Thanh’s debut novel, and was the winner of the 2016 Rogers Writers’ Trust Fiction Award. The story takes us to Vietnam in the early 20th century when the French were in control. I don’t think I’ve ever read a book about Vietnam that didn’t take place during the Vietnam war.

Dr. Georges-Minh is our guy. He’s well-off, but thinks his life would be easier if he wasn’t. He feels guilty about what his French connections have done for him, and finds himself involved in a group of men plotting against the French.

Georges-Minh has a medical degree from the Lycée Condorcet, Paul Verlaine’s University. What he owes to the French, and how they’ve f*cked up his country, together carve rifts in his psyche, and he is slowly going mad.

This book is full of poverty, politics, and prostitutes. It is well-written and engaging. The only thing I found missing from it, for me, was a sense of time. I had to keep reminding myself that it was 1908. But, then again, I don’t claim to know what Vietnam was like in 1908, or any other time.

Yasuko Thanh is definitely a writer to watch.

Our country is in crisis… Men abandon their families and leave their wives in charge of feeding the children. The women have no money and they do what they must to survive. This country was the possession of the Chinese, and now is the mistress of the French. For a thousand years we’ve lived under the dominion of others. It’s why everyone’s going mad. 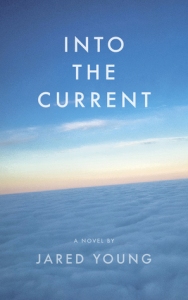 Into the Current by Jared Young

This book starts out with the MC, Daniel, on a plane that is crashing. And it’s really crashing. It’s somewhere over the ocean and he’s watching everything just fly out – magazines, bags, seats, people, and his comic books (which come to play a part in his predicament). But before he falls to his death, the world freezes and he finds himself hanging out in mid-air, alone. The rest of the book bounces back and forth between memory flashbacks of his life up until this point, and trying to figure out why he is stuck and what to do about it.

What didn’t work for me (but could for you):

It might seem absurd, all these dumb trivialities and their cumulative power. But just you wait and see – it will all be the same for you, too. You will write Homeric epics about the contents of your grade-school lunchbox; you will write operas about your Saturday morning fugues in front of the television; you will expend a billion breaths trying to describe the brightness that another person’s smile can ignite in the dim depths of your belly. That’s the great paradox of being alive: even though it doesn’t matter, it does matter, it will matter, it has mattered, every single crumb and twitch and exhalation.

… this is the great tragedy of human life: no other person will ever fully understand what it is to be you; they’ll only ever know the abridged, desaturated, second-hand versions of our most important stories.

There’s a lot to like and a lot to talk about in this book, and I’m looking forward to seeing what Jared Young comes up with next.

Buried in Print – “this debut novel will make your head spin”.

Atlantic Books Today – “an author who has found a way to write what we are thinking, but don’t know quite how to say ourselves.”

*Thank you to Goose Lane Editions for providing me with a copy of this book for review! 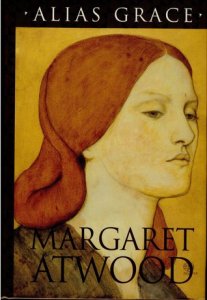 Thanks to C.J.’s readalong at ebookclassics, I finally picked up this old favourite for a re-read. Because this book has been around a while and many of you have likely read it, I’m going to keep this short and sweet.

Alias Grace is based on the story of Grace Marks, a Canadian maid who, at the age of 16, was convicted in 1843 for the murder of her employer and suspected of the murder of his housekeeper. Atwood first encountered the story of Grace Marks through Susanna Moodie’s book, Life in the Clearings (1853), in which she wrote about her ‘meetings’ with Grace in the Penitentiary and the Lunatic Asylum.

I love the historical aspect of the novel, but most of all, I love the writing and the wit. In case you haven’t yet read this wonderful book, I’ve chosen a few passages to tempt you.

The ‘madness’ of women in the 19th century, and life in the Penitentiary…

They wouldn’t know mad when they saw it in any case, because a good portion of the women in the Asylum were no madder than the Queen of England. Many were sane enough when sober, as their madness came out of a bottle, which is a kind I knew very well. One of them was in there to get away from her husband, who beat her black and blue, he was the mad one but nobody would lock him up; and another said she went mad in the autumns, as she had no house and it was warm in the Asylum, and if she didn’t do a fair job of running mad she would freeze to death…

I don’t want him to see my hunger. If you have a need and they find it out, they will use it against you. The best way is to stop from wanting anything.

People dressed in a certain kind of clothing are never wrong. Also they never fart. What Mary Whitney used to say was, If there’s farting in a room where they are, you may be sure you’ve done it yourself.

Dr. Simon Jordan comes to speak with Grace Marks frequently, in the hopes of being able to unlock what he believes may be repressed memories of what happened the day of the murders. Because the bodies were found in the root cellar, he brings with him each time a root vegetable to help trigger these memories…

Dr. Jordan sits across from me. He smells of shaving soap, the English kind, and of ears; and of the leather of his boots. It is a reassuring smell and I always look forward to it, men that wash being preferable in this respect to those that do not. What he has put on the table today is a potato, but he has not yet asked me about it, so it is just sitting there between us. I don’t know what he expects me to say about it, except that I have peeled a good many of them in my time, and eaten them too, a fresh new potato is a joy with a little butter and salt, and parsley if available, and even the big old ones can bake up very beautiful; but they are nothing to have a long conversation about. Some potatoes look like babies’ faces, or else like animals, and I once saw one that looked like a cat. But this one looks just like a potato, no more and no less. Sometimes I think that Dr. Jordan is a little off in the head. But I would rather talk with him about potatoes, if that is what he fancies, than not talk to him at all.

I can remember what I said when arrested, and what Mr. Mackenzie the lawyer said I should say, and what I did not say even to him; and what I said at the trial, and what I said afterwards, which was different as well. And what McDermott said I said, and what the others said I must have said, for there are always those who will supply you with speeches of their own, and put them right into your mouth for you too; and that sort are like the magicians who can throw their voice, at fairs and shows, and you are just their wooden doll. And that’s what it was like at the trial, I was there in the box of the dock but I might as well have been made of cloth, and stuffed, with a china head; and I was shut up inside that doll of myself, and my true voice could not get out.

Alias Grace is coming to Netflix.

Have you read any good debuts lately? What have you been re-reading? 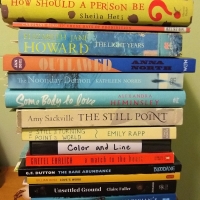 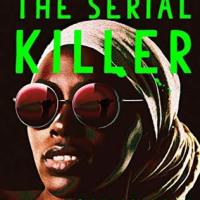 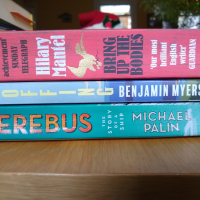 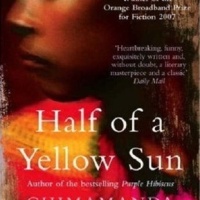 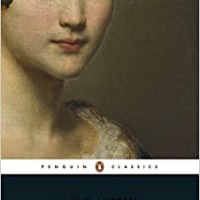