If you’re looking for that one beautiful gem, David Chariandy’s Brother just might be it. It’s raw and honest, and the writing is as smooth as silk.

Michael and his older brother Francis are close as they grow up in 1980s Scarborough, the sons of a single hard-working mother from Trinidad.

Francis was my older brother. His was a name a toughened kid might boast of knowing, or a name a parent might pronounce in warning. But before all this, he was the shoulder pressed against me bare and warm, that body always just a skin away.

We lived in Scar-bro, a suburb that had mushroomed up and yellowed, browned, and blackened into life.

Brother highlights the dedication of hard-working immigrant parents to provide for their children.

All around us in the Park were mothers who had journeyed far beyond what they knew, who took day courses and worked nights, who dreamed of raising children who might have just a little more than they did, children who might reward sacrifice and redeem a past.  And there were victories, you must know. Fears were banished by the scents of simmering pots, denigration countered by a freshly laundered tablecloth. History beaten back by the provision of clothes and yearly school supplies.

Another focus of the story is what it’s like growing up Black in the 80s. In an interview at The Globe and Mail  about his first book Soucouyant, Chariandy talks about being conflicted between telling it like it is – the racism he and his brother faced and how they “quietly accepted it” – and the “desire to rewrite history, to make his characters stand up to their tormentors and show them what’s what.” Despite the fact that there is a similar theme in Brother – racism, bullying, and police violence – in an interview with The Star, Chariandy is quick to point out that “Brother is about life, not death.” He sees this violence and racism as “an occasion upon which to tell a story about resilience, about creativity, about Black life.”

Trauma and grief also play a large part in this book.

It had become almost recognizable. Our neighbourhood now a crime scene cast hard in the clashing brightness of emergency. Cop cars with flashing lights were parked up and down the street, on empty lots and on the soft grass of courtyards, leaving long  muddy tire tracks. There were two, three, four ambulances, and also the news vehicles with satellite dishes and milling reporters with microphones under bright TV lights. Illuminated, the buildings I had known all my life were changed. The stucco of a low-rise looked like the sole of an unwashed child; the rust on the balcony railings and fire exits of an apartment tower looked ugly and contagious, a bubbling rash. Even the ordinary clothes that people hung to dry on laundry lines suddenly looked suspicious. Conspiracies in the open hanging of slacks and saris, in headless baby jumpers.

Chariandy has carefully and thoughtfully honed it all down to 180 pages; he makes every word count.

The disappointment that Brother did not advance to the Giller shortlist is eased somewhat by seeing it show up on the Rogers Writers’ Trust Fiction Prize finalist list.

Review at Buried in Print: “Ultimately, this is a story about the importance of telling one’s own story.”

Review at I’ve Read This: “Although this may come as a surprise, beauty can be found everywhere in this novel...”

Review at The Globe and Mail: David Chariandy’s Brother and Catherine Hernandez’s Scarborough bring a community to life: “What Chariandy has created in this slim book is a language that can transcend the limits of words.”

Interview with David Chariandy on The Next Chapter 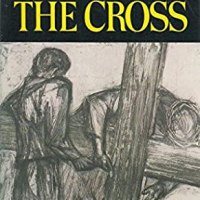