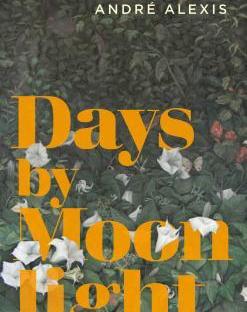 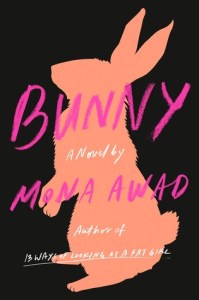 (Author of the Giller shortlisted 13 Ways of Looking at a Fat Girl.)

Samantha attends an MFA program at a university in New England. But she feels like an outsider. The other women in her group (there are four of them) are so cliquish. They’re always together, always touching and laughing and calling each other “bunny”.

I quietly prayed for the hug implosion all year last year. That their ardent squeezing might cause the flesh to ooze from the sleeves, neckholes, and A-line hems of their cupcake dresses like so much inane frosting. That they would get tangled in each other’s ‘Game of Thrones’ hair, choked by the ornate braids they were forever braiding into each other’s heart-shaped little heads. That they would choke on each other’s blandly grassy perfume.

But one day, Samantha gets an invitation to one of their parties, and against her own better judgment (as well as those of her friend Ava), she goes. There are offerings of drinks and pills and cupcakes, men to dance with, and mind-blowing explosions. And before she knows it…

We huddle-hug on the velvety green among the cherry blossom trees. We link arms. We close our eyes the better to feel each other’s bodies. We form a hot little circle of love and understanding. We press our faces into our faces, our cheeks against our cheeks, our eyelashes tickling our skins like little hummingbird wings, like Bunny nose twitches.

You know something creepy is going on from the beginning, but at chapter 11 it gets really weird. At this point, you’ll know if you’re into it or not. I think you will be. I don’t think you’ll be able to look away.

A favourite line: “A pause so pregnant it delivers, consumes its own spawn, then grows big with child again.” 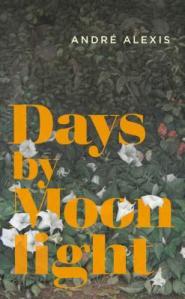 Days by Moonlight by André Alexis

I have now read Pastoral, Fifteen Dogs (2015 Giller winner), The Hidden Keys, and Days by Moonlight. There is one book left to read (not yet published) in Alexis’s Quincunx, a project that intrigues me more each book I read. I am also intrigued by the fact that Days by Moonlight is actually the fifth book in the Quincunx and the third book is the last one to come out.

Alexis explains it like this: Imagine the project like the number five on a dice – a dot in each corner, and one in the middle. The third book is the one in the middle, but it must include elements of the other four, so it must be written last.  —The Globe and Mail

In Days by Moonlight, botanist Alfred Homer goes on a road trip with Professor Morgan Bruno, an old friend of his parents. They travel around and visit several Southern Ontario towns, the Professor hoping to gather information about a poet named John Skenner who disappeared years ago and whom he is planning to write a biography about. Alfred is happy to go along (as the driver) in the hopes that he’ll come across some interesting plants, particularly the rare Oniaten grandiflora which looks disturbingly like human hands. (And apparently tastes delicious.)

If you want to understand the poet, you’ve got to go to the poet’s country. He’s not wrong, not wrong at all! But I say if you want to understand a country, then you’ve got to go to the poets and artists, to the ones who refashion the world and make it live for their fellows. And where do these poets draw their inspiration? From earth, ground, stories, dreams, language, and history. That’s what a place is, Alfie. It feeds off us as we feed off it. It’s a bit of a paradox, you know, like context giving context to a context, but there you have it.

Alexis’s sense of humour shines through in this novel. On their travels, the two men come across: an old woman yielding her umbrella as a weapon; three hostile bull mastiffs and a near tonsillectomy; an annual festival that features burning down a house as the family desperately tries to save it; an Indigenous Parade whose rules change every year to accommodate “challenges” from the year before; a Black community who speak with their hands; a museum dedicated to Canadian Sexuality; a spiritual town that is known as one of God’s resting places and where pilgrims come to commune with God; the town of Barrow where Alexis’s Pastoral is set. And that’s just a small sample.

André Alexis’s characters are always on interesting journeys (figuratively and literally) – whether they be minsters, botanists, poets, criminals or dogs – exploring the things that make us human: love, sex, grief, faith, art, and the need for connection and belonging.

I live for a perfection I’ll never find! That’s the human condition in a nutshell, isn’t it? 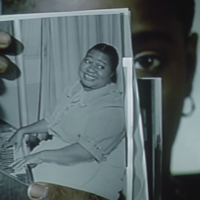 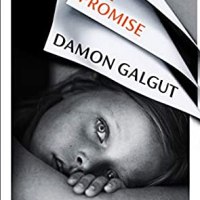 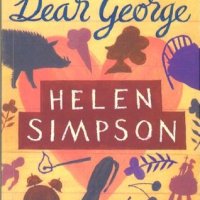 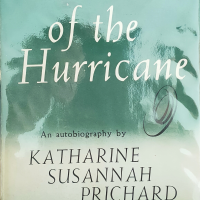 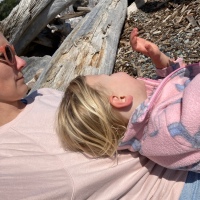 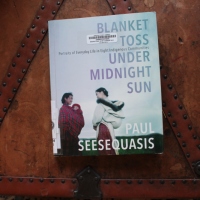