This was a slow week for me MARM-wise. I read some more from Waltzing Again as well as a few things on the internet to juice up my listicle – the only new square I have crossed off this week. (I have colour-coded my grid for you this week… I think it looks much better!)

November 18th was Margaret Atwood’s birthday. Ali wrote a birthday blog post for the occasion, and Rebecca attended the CWWA Symposium. I was tied up most of the day, but did manage to bake some ginger cookies.

The Graeme Gibson book I requested from the library finally came this week. I was not expecting it to be so beautiful! I’ve flipped through it, but have not taken the time yet to look at it properly. But it’s nice to see that the library it came from has a signed copy.

All I have left for that fourth row down is one teensy TV episode – I don’t know why I find that so hard to fit in. This week it will be a priority.

And now, my listicle…

1.Under the name of Bart Gerrard, MA drew a comic strip for This Magazine in the 70s called Kanadian Kultchur Komic. If you have 15 minutes to spare, check out this 1977 archived interview of MA talking about being a “closet cartoonist.” The humour, the dimples! [And now I can cross off the “watch interview” square!]

3. MA’s favourite drink is a single-malt scotch, straight up. I learned this when I was searching for her favourite kind of cake – I thought Id make it on the 18th. But, not only could I not find a favourite cake, but no favourite foods either. Just this drink.

4. MA’s brother is a neurophysiologist who sends her “weird clippings.” [I found this out when I was looking up her family after reading her interview with Joyce Carol Oats in Waltzing Again.]

5. Also from the interview with Oats… MA says of her father that he “reads a great deal of history and has a mind like Leopold Bloom’s. But as far as I know, the only poems he ever composes are long doggerel verses, filled with puns, which he writes when he has the flu.“

6. And her mother… “My mother is a very lively person who would rather skate than scrub floors.”

7. MA resists the term “science fiction and prefers “speculative fiction” for her work. She explains it all here. [I was thinking of Bill when I added this to my list.]

8. MA wrote an opera about Pauline Johnson–called Pauline–in 2014. Is there anything the woman can’t do?

9. Apparently not, because she also wrote a rock song called “Frankenstein Monster Song”, performed by One Ring Zero. Between you and me, though, it’s not the best thing I’ve ever heard.

10. Next time you get a request to review a self-published book remember, that in 1961, MA self-published her first book Double Persephone. It went on to win the EJ Pratt medal.

BONUS: Here is a good example of why I love Margaret Atwood… When asked in Waltzing Again, which does she think are her most successful and least successful novels, she responds: “That is a question I never answer. The reason I never answer it is that the others will hear and they’ll be very annoyed. And, in any case, don’t you think each one of them has something special that only they have?”

Don’t forget to check out Marcie’s progress for Week 4! 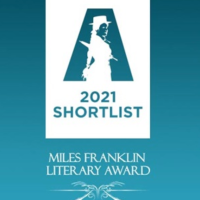 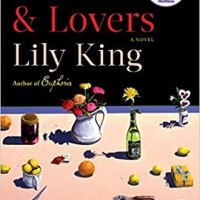