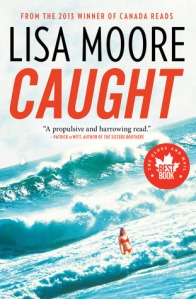 I have been looking forward to reading this new book by Lisa Moore.  I read February after it won the Canada Reads 2013 and loved it.  I knew that Caught was going to be different, but for some reason I was expecting more of a fast-paced adventure.  And it wasn’t, really.  It was definitely more plot-driven than February, but it still had Lisa Moore’s spellbinding writing that is too trance-inducing for a fast-paced novel.

The book starts out with the main Character, Slaney, breaking out of prison after 4 years of incarceration for smuggling marijuana into Canada.  Moore describes how someone might feel after getting out of prison for the first time in four years.

“Four years had been taken from him and he would not get them back and he could hardly draw breath seeing what he had been missing.”    “All of who he was dilated.  It hurt.”

The rest of the story tells of Slaney’s journey to reunite with his friend, and his second attempt at smuggling.  I really liked Slaney’s character, but I couldn’t understand why he was so determined to make the same mistake twice.  What was it that kept him going?  I worried about him through the whole book.  I didn’t want him to get caught.

I enjoyed reading about Slaney’s journey across the country.  There were a slew of interesting tertiary characters that we got to meet along the way.  And, as ever, I love the details Lisa Moore puts into her books.  Here are a few (well, maybe more than a few) passages that jumped out at me as I was reading:

“That’s a loop, she said, for you to hang the thing up in the back of the closet where you leave it for the rest of your life until maybe your own poor daughter grows up and makes the mistake of looking sideways at a man during the wrong time of the month.”

“There was a tiny spider stuck in the tacky, dust-furred film at the bottom of the glass.”

“In the beat while Carter inhaled lived the hope the noise would stop.  But Carter kept snoring.”

“The sky dropped her fingers into the warm sea and leisurely trailed them along.”

“… people were motivated by two distinct and opposing forces.  There was the desire for truth and there was the need to conceal it.”

“He believed in figuring out the limits and then going further than that.”

“Time was not linear:  it looped, concentric rings within rings, and he had been surrounded.”

“The best stories, he thought, we’ve known the end from the beginning.”

Caught was a great book, but it won’t stick with me like February did.  Still, you won’t be disappointed.  This book has something for everyone.  It has adventure, great characters, thought-provoking sub-themes, and beautiful writing.  Reading it is entertaining and effortless.  Sometime soon I would like to read her first book, Alligator, so I can compare the three.

4 thoughts on “Caught by Lisa Moore” 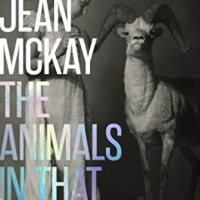 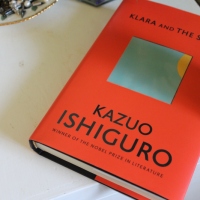 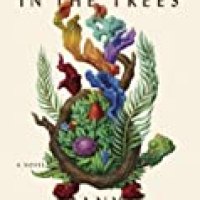 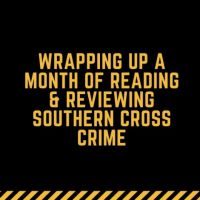 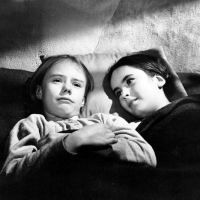