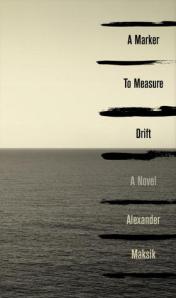 At first, we don’t know anything about Jacqueline or how she ended up on a beach in the Greek Islands.  All we know is that she is hungry, thirsty, homeless, and alone.  Slowly, gradually, we start to learn about her family and her past through her memories and the conversations that she has with her mother in her mind.

We find out that she is from Liberia in Africa, where there is a civil war going on.  We find out that she had to leave, and was, in fact, lucky to have gotten out.  As Jacqueline survives from day to day, searching for places to sleep and enough food to eat, she also struggles with separating the present from the past in her mind.

The author does a fantastic job of describing her hunger and desperation.  You can feel it and taste it.

This was the advantage of desire.  Desire focused the mind.  It eliminated extraneous thought.  The greater the desire, the less the burden of the mind.  She would like to live her life this way.  Perhaps it was how to survive intact.  Live to satisfy her desires.  Desire only what she could have.

The immediate pleasure.  The feeling of warm food in her mouth, the flavor of the eggs, the overwhelming taste of salt, the faint burn of pepper.  Everything else had been annihilated.  A euphoric obliteration of memory.

It was so often relief that made her cry.  Not pain or disappointment or horror or terror, but instead it was relief from these things.  Relief, and sometimes still, love.

Already she could feel herself returning.  Or memory returning to her.  Or her mind.  Or whatever it was that came rushing back.  Call it memory, she thought.  And for a time the act of eating replaced memory.  It was like a solid thing in a pool of water and the second you removed it, the water returned.  It was always like this.  And she began to understand that to live, one must be able to live with memory because memory was the constant.

It was becoming more and more difficult to distinguish between what was happening and what had happened.  What was memory and what was not.

Sometimes the sound of it all, the flashing images, her mother’s voice, the voice of her father, the sight of Saifa’s feet, the feeling of them in her hands, the conflation of present life and memory, of what existed and did not, sometimes the pressure of it, the noise, the volume and weight, was too much to sleep, to eat, to breathe and, she began to wonder, if it wasn’t too much to live.

Jacqueline has been living alone with her burden all this time.  What would it be like to be struggling like this everyday, with no one to talk to?  At the very end of the book we find out what happened.  Does the act of finally telling her story help Jacqueline to heal her wounds and move on with her life? 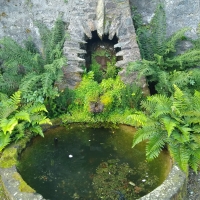