A Tale of Two Cities Read-along is being hosted by Laura@Reading in Bed. If you are interested in checking out the list of other participants, you can find them on the       master post.

Yes, it is predictable to start off with this opening quote form A Tale of Two Cities, but it’s just too good to leave out. Except, I think it would sound much better if he said “Hell” instead of “the other way”.  And who (of anyone who hasn’t read the book) knew the sentence went beyond “It was the best of times, it was the worst of times”?

As I began to read this book, I was reminded of how much I like Dickens. When I read Bleak House, a couple of years ago, I loved it. For me, it was one of those books that is hard to follow up with another one that measures up. Somehow, Dickens is able to tell a long complex story with many characters in a humorous, intelligent way. In someone else’s hands it could so easily become boring.

In Book 1 of A Tale of Two Cities, I did start to wonder a couple of times where Dickens was going with his story, but he was always able to bring me back to the plot with a better sense and understanding of the surrounding details of the time and place. He has an ability to describe scenes in a way that allows me to effortlessly see them moving in my head like a movie, which isn’t an easy feat when we’re talking scenes from the eighteenth and nineteenth centuries.

The story starts in the year 1775. Mr. Jarvis Lorry, a banker from Tellson’s Bank in London, is on his way to France to be re-united with a man who has been imprisoned there for eighteen years. He has arranged for the man’s daughter, Miss Lucie Manette, who does not even know her father is still alive, to come as well.

The rest of Book 1 can be summed up pretty quickly. When Mr. Lorry and Miss Manette get to France, they are taken to see the old man, Mr. Manette. He sits in the dark of his room, making shoes, and it is obvious that he is in very poor condition. Lucie says some very dramatic and moving things to her father, but he remains silent and confused. I found the reaction of the daughter to her father to be too overdone and silly. Is Dickens trying to be funny here, or does he think she would really talk to her father that way? “Kiss me, kiss me! O my dear, my dear!”  Book 1 ends with them taking Mr. Manette back to London, where Lucie plans to care for him.

It doesn’t sound like much, but the first Book is only six chapters long. I will finish with Book 1 after pointing out a couple of my favourite scenes.

The first one is found in chapter 3, while the men are still travelling in the coach on that misty night.

Have you ever driven by people’s houses in the dark when they have their lights on, and you can catch little snippets of what the people in the house are doing, or watching on TV, and you wonder what their lives are like? That’s what this paragraph in the book reminds me of.  This kind of imagining must be timeless.

Another scene I love is the wine scene. A jug of wine gets spilled on the street and everyone around runs to drink, lick, and suck it up until every last drop is gone.

Some men kneeled down, made scoops of their two hands joined, and sipped, or tried to help women, who bent over their shoulders, to sip, before the wine had all run out between their fingers. Others, men and women, dipped in the puddles of little mugs of mutilated earthenware, or even with handkerchiefs from women’s heads, which were squeezed dry into infants’ mouths; others made small mud embankments, to stem the wine as it ran; others, directed by lookers-on up at high windows, darted here and there, to cut off little streams of wine that started away in new directions…

While this was going on, all the people became merry and playful, shaking hands and dancing. Then, as soon as the wine was gone, everyone went back to work, and it was over just as suddenly as it began.

Right after describing this lively and charming scene, on the very next page Dickens describes the hardships of their lives.

The mill which had worked them down, was the mill that grinds young people old; the children had ancient faces and grave voices; and upon them, and upon the grown faces, and ploughed into every furrow of age and coming up afresh, was the sigh, Hunger.

Cramped in all kinds of dim cupboards and hutches at Tellson’s, the oldest of men carried on the business gravely. When they took a young man into Tellson’s London house, they hid him somewhere till he was old. They kept him in a dark place, like a cheese, until he had the full Tellson flavour and blue-mould upon him. Then only was he permitted to be seen, spectacularly poring over large books, and casting his breeches and gaitors into the general weight of the establishment.

We meet Jerry Cruncher, the odd-job-man at Tellson’s. He is sent to court to be available to Mr. Lorry if he should need him. There we watch a court scene in which the defendant(Charles Darnay) is assumed to be guilty of treason. There is a great crowd of people there to watch, including Mr. Manette and his daughter, who are there as witnesses against the accused. They are questioned about what they may have been witness to as they travelled to London from France five years ago.

At the end of a long day, and to most people’s great surprise, Darnay was acquitted. He may have been as surprised as the rest of them. The Manettes and Mr. Lorry appeared to be very much relieved by the verdict.

There was another man in court,  Mr. Carton, who was pointed out in court because he showed a great resemblance to the accused. He did not seem very pleased about Darnay’s acquittal. They dine together, Mr. Carton gets quite drunk, and tells Mr. Darnay that he doesn’t like him.

So far, I don’t know much about who either of these men really are, or what the rest of this book is going to be about. 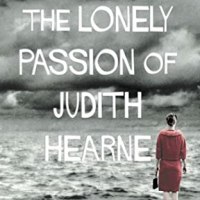 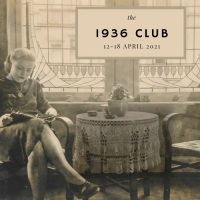 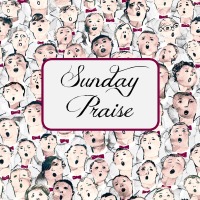