The next book in my A-Z CanLit Project is Baltimore’s Mansion by Wayne Johnston. A couple of years ago I read and enjoyed both The Colony of Unrequited Dreams and The Custodian of Paradise, and have been wanting to read more since. Baltimore’s Mansion is Johnston’s memoir about growing up in Newfoundland.

Wayne Johnston was born in 1958 and grew up in Goulds, Newfoundland. If you want to learn a little more about him, you can visit his website. His books include:

The Story of Bobby O’Malley (1985) – Winner of the WH Smith/Books in Canada First Novel Award. Also, this book comes highly recommended by a friend, and I really do plan on reading it soon.

The Divine Ryans (1990) – Adapted to the silver screen with the screenplay written by the author.

The Colony of Unrequited Dreams (1998) – Was identified by the Globe and Mail newspaper as one of the 100 most important Canadian books ever produced. Shortlisted for the Giller prize. This is one I have read and can definitely recommend it!

Baltimore’s Mansion (1999) – Winner of the Charles Taylor Prize, and being read by me right now.

The Navigator of New York (2002) – Shortlisted for the Giller Prize. I own this one, and wonder why I haven’t read it yet. Will hopefully get to it soon.

The Custodian of Paradise (2006) – Longlisted for the Giller Prize. This is the other one that I read, and also recommend. I would suggest reading Colony first, though. They have overlapping characters.

A World Elsewhere (2011) – Longlisted for the Giller Prize. I had actually never heard of this one.

The Son of A Certain Woman (2013) – His most recent novel, and longlisted for the Giller Prize.

I see a definite pattern of award-winning writing here, so if you have never picked up one of his books, maybe you should! If you have read any already, which are your favourites? 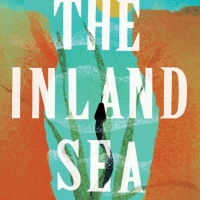