I had no idea that Tempest-Tost would be so much fun to read. Maybe if I’d ever read anything by Robertson Davies, I would have known, but embarrassingly, this was my first time. The problem now is that I want to read them all!

Tempest-Tost is the first book in the Salterton Trilogy, and the first book Davies published. I picked it to read for The 1951 Club hosted by Karen at Kaggsy’s Bookish Ramblings and Simon at Stuck in a Book.

In Tempest-Tost, the Little Theater of Salterton, Ontario is putting on a performance of The Tempest. And it was exactly as I hoped it would be; a cast full of eccentric characters, revolving around the central story of a foolish, love-sick man and the girl he has his eye on – Hector and Griselda.

There’s Freddy, Griselda’s younger sister who has a passion for wine-making, and who believes her older sister to be brainless. Freddy and the gardener, Tom, form sort of a team whose wish is to keep the members of the Little Theater out of The Shed (where Tom keeps all his valuable tools and where Freddy stores her wine).

Mr. Webster, single father of the two girls, who has a big beautiful garden that he reluctantly lets out to the Little Theater for their rehearsals and performance. He is unfairly criticized by the townspeople for owning such a grand home, and he criticizes himself for having no real idea of how to bring up his two daughters.

These advanced people pointed out that a man could only be in one room at a time, sit in one chair at a time, and sleep in one bed at a time; therefore a man whose desires soared beyond one room with a chair and a bed in it was morally obliged to justify himself.

He came of a generation to which any girl, before she is married, is a kind of unexploded bomb.

Mr. Webster worries over the fact that he has allowed his daughters use of his library “without restraint” and that “nothing is more fatal to maidenly delicacy of speech than the run of a good library”.

The book itself reads somewhat like a Shakespeare comedy; Hector, Solly, and Roger want Griselda, Pearl fancies herself in love with Roger – while Griselda does not seem fully aware of what’s going on around her – jealousies forming at every opportunity. The womanizing Roger sets his sights on Griselda because she’s the one who isn’t paying attention to him as he shows-off in front of the ladies. Solly is more sensible and knows when he has been defeated.

Nellie is in charge of the Little Theater and all of its productions. She’s portrayed as somewhat silly and emotional, making mountains out of molehills. She is also written about as though she is ancient – then at some point I learned that she is only 36!

Many of the women in the book are made out to be silly, but so are every one of the men. The only character in the book who is not made to look ridiculous at some point is Valentine Rich, the successful actress and director who has come home to deal with her grandfather’s estate, and has been asked to direct this year’s play while she is home. She projects calm and sensibility to the cast members when they get carried away (which they tend to do).

And let us not forget Humphrey Cobbler – a man full of life and “Ornamental Knowledge” (as opposed to “Useful Knowledge”), and with a tendency to stir up a bit of trouble.

Hector’s character is the one that stood out to me as the most prominent, the most foolish, and the most pitiful. I felt almost painfully sorry for him. and throughout the book I thought of him as “Poor Hector”.

He liked to be where people were gay, but he did not permit an uncontrolled gaiety in himself.

He had never, in all his forty years, kissed any woman but his mother.

He has funny ideas about women – not even outdated, just plain strange: “he considered it impossible that a woman should be loved without loving in return” and “he was strongly conscious that Griselda was a woman, and was subject to the disabilities which he believed to be a special and unjust burden to her sex”.

And, due to his odd upbringing and funny ideas, he was prudish to the extreme, made uncomfortable by anything feminine; causing him to flush with embarrassment on many occasions. When he picked up The Tempest to familiarize himself with it before deciding on a character, he was immediately rattled by the “coarse” reference to the “Female Functions”.

… in spite of a conviction held over from school days that poets were people who hid their meaning, such as it was, in word puzzles it seemed clear enough that in this case Shakespeare meant to be Smutty. Obviously this was a play to be approached with the utmost caution.

When Hector sets his sights on Griselda as the woman for him (mainly because she smiled warmly at him one day), he doesn’t exactly fall in love as make a decision to love her. But to Hector it’s the same thing, and soon he is consumed with the thought of winning her, to the exclusion of all else in his life. This is when he decides to act in the play with her, rather than remain merely the treasurer. It’s also when other aspects of his life fall apart; he can’t sleep, his math students start wondering what is wrong with him, he no longer shows up on time at the Snak Shop for his meals, and he no longer has an appetite for them.

By the end he is completely off his rocker – following Griselda around with the idea of “protecting her honour”, watching outside her bedroom window at night (or what he thinks is her bedroom window, but is really her father’s), and finally attempting to commit suicide right when it’s his cue to go on stage during the performance. It sounds awful, but Davies brilliantly turns it all into a goof-ball comedy.

Some good lines and passages

Book lovers are thought by unbookish people to be gentle and unworldy, and perhaps a few of them are so. But there are others who will lie and scheme and steal to get books as wildly and unconscionably as the dope-take in pursuit of his drug. They might not want the books to read immediately, or at all; they want them to possess, to range on their shelves, to have at command. (Hmm, this sounds familiar.)

For math lovers, and for my Dad who is a mathematician nothing at all like Hector…

He was not the kind of schoolmaster who scribbles on exercise papers; with a red pencil as sharp as a needle he would put a little mark at the point where the problem had gone wrong, not in such a way as to assist the erring student, but merely in order to show him where he had fallen into mathematical sin.

They are sacrificing to our Canadian God… We all believe that if we fret and abuse ourselves sufficiently, Providence will take pity and smile upon anything we attempt.

It’s a mistake to see people dressing. One should see them either dressed or naked; those are the only two decent states. All else is shame and disillusion.

There are times when every woman is disgusted by the bonelessness of men. 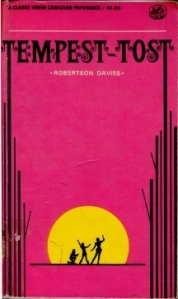 I think Davies’ talent lies in his ability to see people as they are, warts and all, and to be able to write about it in a way that allows us to laugh at ourselves. Despite how foolish they sometimes seem, there are many times in the story and in the characters that we can see parts of ourselves – even in a book published in 1951. Consider the scene where Pearl is getting herself ready to go out, but has very little experience putting on make-up. And the whole idea of the townspeople wanting to out-do each other in their hospitality. (Facebook envy?) Just change Mrs. Bridgetower’s declaration that “the telephone is the curse of the age” to “the internet” or “the cell phone” or “social media”.

I have now officially begun my search for a complete set of Robertson Davies books.

Do you have a favourite Davies book to recommend?

62 thoughts on “The 1951 Club: Tempest-Tost by Robertson Davies” 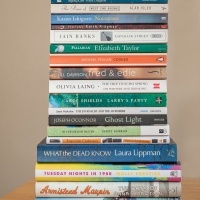 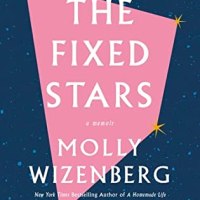