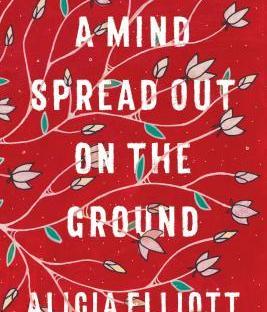 I’m excited to tell you about this excellent batch of books. Just look at them.

This is Your Mind on Plants by Michael Pollan

Michael Pollan dives deep into three plant drugs–opium, caffeine, and mescaline–and throws the fundamental strangeness, and arbitrariness, of our thinking about them into sharp relief.

I always like Michael Pollan and this book is no exception. This is Your Mind on Plants explores three different plant-derived drugs: opium, caffeine, and mescaline. The book is divided into three parts: one section for each drug. As part of this book, Pollan tries opium tea and mescaline under controlled conditions, but as I don’t have a lot of interest in either of those myself, my favourite section was the one on caffeine. Caffeine affects most of us. I was fascinated by the history – when coffee and tea came to North America and people made the switch from alcohol to caffeine. As you can imagine, employers noticed a big improvement in productivity. I also enjoyed Pollan’s self-experiment–for the sake of his book–to see what it would be like to stop drinking coffee.

A Mind Spread Out On the Ground by Alicia Elliott

Alicia Elliott offers indispensable insight into the ongoing legacy of colonialism. She engages with such wide-ranging topics as race, parenthood, love, mental illness, poverty, sexual assault, gentrifcation, writing and representation, and in the process makes connections both large and small between the past and present, the personal and political.

In a series of essays, Alicia Elliott explores the effects of colonialism in her own life and the lives of others. She writes about her own childhood, growing up in poverty: her years-long existence with lice; her diet of Kraft Dinner; her mother’s mental illness; her brothers and sisters. Her essays are eye-opening and powerful – starting with something concrete and connecting it to the world we live in, the world of colonialism and systematic oppression. Although these essays deal with heavy topics, I would have been happy to listen to more.

For Joshua by Richard Wagamese

Celebrated Ojibway author Richard Wagamese shares the traditions and teachings of his people, entwining them with an account of his own life-long struggle for self-knowledge and self-respect.

This book pulled at my heartstrings. Wagamese has written a book for his son, telling him all the things he would like to have told him in person: his life as an adopted child feeling as though he was unwanted, like he didn’t belong anywhere, and how that led him to the numbing effects of alcohol and years and years of alcoholism. But he also tells Joshua about where he found strength and what he learned on his way to becoming sober; the importance of being connected with culture and feeling a sense of belonging.

Using the letters as a springboard to reflect on all that has changed for him as a gay man over the past three decades, Brian’s responses cover a range of topics, including body image, aging, desire, the price of secrecy, and the courage it takes to be unapologetically yourself.

When Brian was young, he placed a personal ad in the paper–because that’s the way things were done then–and now he is answering 13 of the responses he received. He uses these letters to delve into his own life: his chubbiness and awkwardness as a child; his reluctance to come out of the closet as a young adult, resulting in a very discreet social life or none at all. What struck me most was how much he was–and still is–affected by the fear he had of coming out and the homophobic views of society when he was younger. Will he ever feel 100% comfortable in his own skin? His stories feel so vulnerable, I just wanted to give him a hug. And, please–you must–check out his blog on which he conducts hilarious taste tests and re-creates bazaar table crafts and delectables. They make me laugh out loud every time.

The Happiness Equation by Neil Pasricha

The title and cover of this book speak for themselves. There are so many books out there that claim to show you the path to true happiness, but I think we all know that there’s no such thing as book or one path that can do this. However, there are small, tangible changes we can make in our lives that can lead to less stressful and happier lives. And Pasricha explains how and why they work. Every once in a while it can’t hurt to remind oneself that money doesn’t buy happiness, that being busy all the time doesn’t result in a fulfilling life, and that unplugging from time to time is good for you. And this is a very pleasant way to do it – he’s a fun guy to listen to.

My Conversations With Canadians by Lee Maracle

In prose essays that are both conversational and direct, Maracle seeks not to provide any answers to these questions she has lived with for so long. Rather, she thinks through each one using a multitude of experiences she’s had in Canada, as an Indigenous leader, a woman and mother and grandmother over the course of her life.

Maracle wrote this book after years of experience as an Indigenous woman, mother, activist, poet, author, and teacher. This book holds her thoughts and reactions of the many conversations she’s had with Canadians–or questions that have arisen over and over again–over the years. As Darrell Doxtdator says in his review, “In her 10 “conversations,” Maracle tackles a multitude of current issues ranging from basic terminology to the effects of colonialism, racism, feminism, paternalism, and the overall “innocence” assumed by Canadians (as reinforced by Western education).” Lee Maracle died last year (not long after I listened to this book) – she has been a strong leader and supporter of Indigenous literature.

“Hopefully everybody will be able to look back on her legacy and see just how revolutionary she was.” — Waubgeshig Rice

These six books represent the end of my first year of listening to audiobooks. (What? It’s April?!) I listened to 22 audiobooks in 2021 – most of which I probably wouldn’t have otherwise gotten to. I’m hooked. 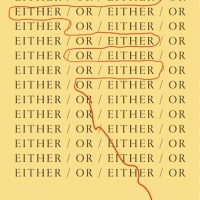 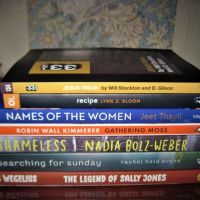 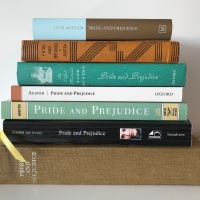