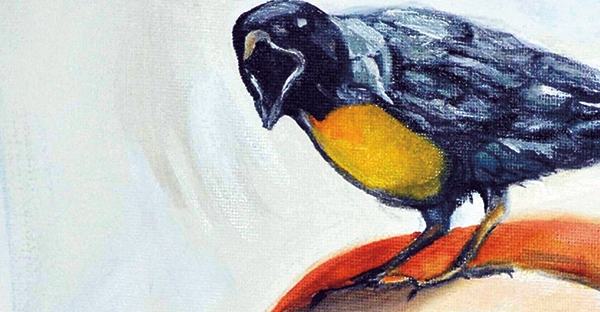 What a delight this book is. I knew it was written by a Nova Scotian author, but I didn’t realize Jennie Morrow lives so close to my favourite childhood beach.

There’s an impressive stretch of beach, so heavily influenced by the sky and tides that it displays a hundred variations of gorgeous within the span of one day.

And close to my hometown, where one of the characters lives in an apartment above her book store. The small community (outside of town) where I lived is also mentioned as the home of one of the characters’ parents. I wonder which house they lived in… did they live near the corner like we did? Or maybe down by the lake… or up by the tracks…

The story revolves around two sisters, one of which stayed, married young, and had two kids. The other went away, but came back after her divorce. Helen and her family belong to the church and the church plays a big part in their lives. They are considered “good” people. Rube is more eccentric: she’s an artist who helped to build her own house a little off the beaten path, for some extra privacy and easy access to the beach. Rube’s house is roughly built with no indoor plumbing or electricity. Sometimes she goes to church with her sister, but doesn’t like the idea of institutionalized religion; she is therefore considered “suspect” by a large part of the community.

Rube: Rube’s beef is with the hypocrisy of the church. They put on their friendly smiling faces with each other and at their community events, but Rube gets the cold shoulder and fake smiles, and is the subject of rumours because she’s different.

Helen: Helen’s beef is with her husband, Warren. Warren’s always had strong views about a man’s place in his family, but the last few years it’s felt more like bullying. Helen is no longer happy in her marriage, but feels like her husband has the support of the church because of the way he strategically places himself in peoples’ minds. (While Helen has a sister like Rube “influencing” her.)

At times Helen would convince herself that she was staying with Warren for the sake of the children, and then after a particularly upsetting example of Warren’s arrogance she would decide that she should leave him for the sake of the children. The stress of indecision weighed heavily on her, but like aging store-bought bread loaded with formaldehyde, her mind failed to completely break down.

Rube’s friend Gordon likes to call men like Warren “Yellow-Bellied Sap-Sucking Power-Trippers.” Each chapter of the book begins with a little blurb about these kinds of birds. For example: “It is characteristic of this species that, though they often display a lack of interest in contributing towards their owns nests, they cannot seem to do enough to aid other birds in their colony.” And “Mates of the Yellow-Bellied Sap-Sucking Power-Tripper are encouraged by the Tripper to use their beaks almost exclusively for carrying food to the young. They are seldom heard chirping.“

He seemed conscious of a scarcity of goodwill, of a need to ration his kindness; he took pains to spend it wisely, where it would be most noticed and earn a high interest.

Another periodic feature throughout the book is “The Gospel According to Pastor Wallace”: a conversation between Pastor Wallace and Pastor Obie on Mother’s Day Eve, 1995, during which they discuss Rube (She’s a bad influence, that one.”) and her upcoming art show that Pastor Wallace expects to be “somewhat controversial.” They also discuss Rube’s relationship to Helen and Warren. (“You couldn’t ask for a finer man…”)

Pastor Wallace preached on passivity at Winnie’s funeral. He said, with the woeful sincerity of a politician, “Winnie never had a bad word to say about anyone,” and then, two minutes later, he said it again. And again. Helen counted five times. He said it as if it was the highest praise that a woman could be given.

At the heart of this book is the story of Helen and Rube. They have grown up to have completely different lives (and relationships with religion) and have, at times, chafed over their differences, but they care deeply for–and rely on–each other. Admittedly, Rube is there more for Helen in this story, because–although on the surface it appears as though Rube is the one with a messy life–it’s Helen who is suffering. The worst thing Rube has to deal with (in this book) is the aftermath of her impulsively shaved head.

So after I shaved my head, I realized I’d solved one problem but created several more.

Visit Jennie Morrow’s website to read more about her and her work, including her Cow Shalt Not series, which cracks me up.

Thank you to Inanna Publications for sending me a copy of this book!