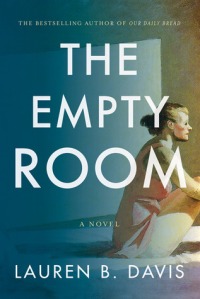 The Empty Room is about a day in the life of a woman who is in denial about being an alcoholic.  I thought it was bravely and wonderfully written.  I was really taken into Colleen’s world and could imagine how hard it must have been to be her.  I felt for her, but at the same time, sometimes I didn’t like her very much.  How would you feel waking up day after day by yourself in an empty apartment filled with self loathing and self doubt, with not too many people to turn to for help?  To get the real help she needed would take a lot of courage, which she didn’t feel she had.

The book tells the story of one very bad day in Colleen’s life, how she gets through it.  It also takes us through her memories and shows us her road to alcoholism.  Her relationship with her mother had always been rocky, and when she was young, even abusive.  Her mother was unhappy with herself and her marriage, and she often took it out on Colleen.

It was hard to love a mother who fought so hard to keep her at arm’s length, but it was harder still to give up the idea that one day it might be different.

Colleen felt herself drowning, her mother a dead weight dragging her under.

Colleen was smart and had plans to finish university, but she could never quite make it.  It seemed to be a pattern in her life that things didn’t ever quite work out the way she had planned.  This, as well as her background contributed to her low self-worth.

It seemed her whole life was a series of missed opportunities of things almost turning out right and then some stupid twist and it all went wrong.

She was always five minutes away from being the person she wanted to be.

Davis does a great job describing what it would feel like to be Colleen.  While I was reading the book, I remember thinking that if I felt as awful as Colleen all the time, I’d want a drink too.  It must be so hard to break the cycle.

She wanted alcohol so badly now that her teeth hurt, her fingers ached to hold it, her mouth shrivelled up in anticipation of the revivifying potion.

The warmth slid down her throat and when it hit her stomach it blossomed and slipped along the inside of her arms, down her thighs and behind her knees, all the way to her toes.

This probably isn’t a good book for someone who is uncomfortable with other people’s misfortunes and humiliations.  I cringed and pitied her through most of the book.  There was, however, humour and light moments throughout the book.  I also got an appreciation for where her life went wrong and how it could happen so easily.  In the end, her courage and character shine through.  I think her story also serves as a reminder to all of us to have compassion for others; someday it could be us who needs help from someone.  For anyone with the stomach for it, this is an engrossing read.

The silence.  It was so loud… Emptiness wasn’t empty at all; it was a thick block of solid no-sound, no-presence.  An empty room was filled with all the things that weren’t in it.

… the thought of other people’s grief might be enough to stop one killing oneself, but it wasn’t enough to make one go on living.

Questions I think many have pondered:

What would it be like to never have to worry about what other people thought of you?

I think after all this heavy stuff, we should finish with a bit of humour:

The next day she discovered another couple of truths:  people talked, and projectile vomiting does not make you popular in high school.

She checked her e-mails.  Had she wanted a larger penis or to invest her money in Nigeria, she would be all set.

Reading this book definitely made me want to read more books by Lauren B. Davis.  The question is:  which one next?

6 thoughts on “The Empty Room by Lauren B. Davis” 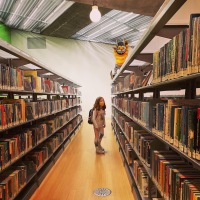 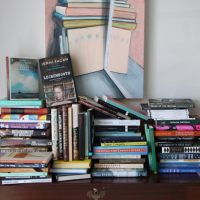 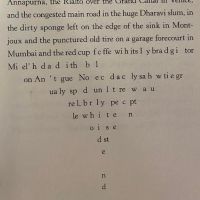 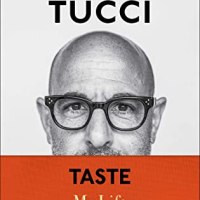 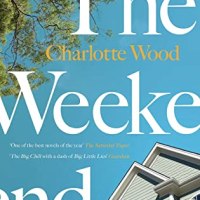