I can think of two reasons why I enjoyed this book so much. One is because the story is set in 1920, a time when people are still reeling from the affects of WWI. It catered to my love of wartime literature. Two, it is a beautifully told story about three women who are learning how to live their lives in the wake of WWI.

The narration alternates between these three women over the course of five days, leading up to the two-year anniversary of Armistice Day and the symbolic burial of the Unknown Warrior.

Hettie is a young dance instructress who lives at home with her mother, and a brother who is changed since coming home from the war. She is impatient for her future to begin; to be able to get out from under her mother’s disapproval and her brother’s vacant expression.

It is because she doesn’t fit. Ever since she can remember, she has felt it, this hunger for something more.

All of the ex-soldiers, standing, begging in the street, boards tied around their necks. All of them reminding you of something that you want to forget. It went on long enough. She grew up under it, like a great squatting thing, leaching all the color and joy from life.

Evelyn is from a wealthy family, but has moved out of her family home to live in an apartment in the city. She works at the pensions service, where ex-soldiers can claim benefits from injuries or distress. The man she loved died in the war, and she has become bitter and unhappy. As her story is told, she learns some hard truths about the war and her brother’s participation in it, but the truth may be what she needs to bring her back to herself.

Outside, London’s suburbs slide on. She thinks of all the people, in all of the houses, waking to their gray mornings, their gray hairs, their gray lives. We are comrades, she thinks, in grayness. This is what remains.

Now that this truth is inside her, a part of her, it is not diamond hard and gleaming as truth should be but shadowed, rimed in fear and sweat and murk and grime. There is no elevation in it, no answers, and no hope.

Ada’s only son died in the war, and she is still haunted by it. Her grief is taking over her life, leaving no room for her daily routines or her husband. Ada has very little information about what happened to her son, and fosters a hope that he is still alive. A significant meeting with another soldier causes her to go looking for answers, and hopefully some peace. In the meantime, her and her husband are growing dangerously farther apart.

She remembers how she felt, walking up this street for the first time, toward their house: the future unrolling before them, waiting to be stepped into, sunlit, wide. Twenty-five years of marriage. Of learning to live with someone. Learning to love them. Learning to bury the things they cannot bear to face.

She is being unfair. She knows she is. She knows she should leave it. That Ivy is right. That Jack is right, that she should stop picking, stop scratching at this wound that she cannot let heal. But he will not let her. It is as though he is pulling at her, tugging at her sleeve, as he used to when he was a little boy.

“No one. Not one person. Not in three years. Not my husband even, has ever asked me to talk about my son.”

As the story moves along, we begin to see how the character’s lives are interconnected. It is subtle, but this just makes it even more believable.

A fourth dimension of the book is the Armistice Day burial of the Unknown Warrior. Thousands of people, all suffering in some way, gather for this event, with the hope that it will bring them some peace.

Soon, these men know, the whole of the country will have their eyes on this coffin. The very power of this coffin will depend upon every person that looks on it imagining that the body inside belongs to them.

“This might make people feel better, and it might help them to mourn. It may even help me. But it won’t put an end to the war. And whatever anyone thinks or says, England didn’t win this war. And Germany wouldn’t have won it either… War wins. And it keeps on winning over and over again.”

Bearing witness. This is what they are doing. They are witnessing one another, all of them. This is why they are here.

The end of the book leaves some stories unfinished, but this is not necessarily a bad thing. Sometimes projecting further into the story can feel too contrived, or it just doesn’t satisfy. Leaving the endings open to possibilities often feels more genuine and real.

This is Anna Hope’s first book, and I look forward to seeing what she has in store for us next.

12 thoughts on “Wake by Anna Hope” 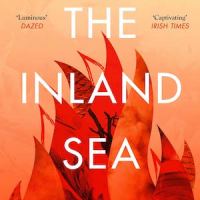 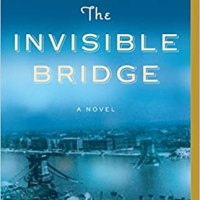