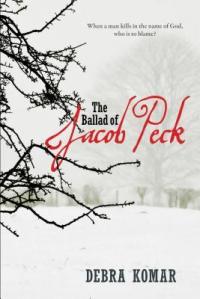 Debra Komar is a forensic anthropologist who has recently written books about crimes that have happened long ago in the Maritimes; The Ballad of Jacob Peck and The Lynching of Peter Wheeler.

The Ballad of Jacob Peck tells the story of a crime that happened in Shediac, New Brunswick in 1805. Komar re-visits the evidence and existing documents to piece together what really happened. In addition, she gives us the history of the surrounding areas as well as the justice systems that were in place at the time of the crime, and how this case has played a part in the maturation of our Canadian justice system.

Despite its garbled history, the tragic events in Shediac Parish during the winter of 1805 remain one of the most compelling and enduring murder cases in Canadian history. Set against the backdrop of a criminal justice system in its infancy and encompassing elements of madness, religious fervour, class warfare, and institutionalized bigotry among the English-speaking settlers and their Acadian and First Nations neighbours, the tale of Amos Babcock, Jacob Peck, and Mercy Hall is as salacious, controversial, and riveting today as it was more than two hundred years ago.

Although it has always been clear that Amos Babcock killed Mercy Hall in his house with a knife, Komar shows us in her book that Jacob Peck and his all-night ‘religious’ events had a significant effect on Babcock’s behaviour. The question remains; “Should Jacob Peck have been charged for the murder of Mercy Hall, and, if so, with what crime?”

Where does one person’s right to free speech end and another’s responsibility for his or her own actions begin?

This centuries-old question has come up for debate time and again, most recently by the creation of social media and cyberbullying. “The modes of communication might have changed but the fundamental issue remains the same”.

Anyone interested in Canadian Law or the history of Canadian Law would be interested in this book. Komar re-constructs the steps taken in the solving of the crime and trial of the accused, as well as points out any mistakes that were made or laws that have since changed. For me, this was not as interesting as the story itself, the characters involved and the history of the area as well as other crimes and trials that took place around the same time as the Babcock trial. I especially loved the background information she was able to give about some of the characters and their families; where they came from, who their parents and siblings were, where the family was from and why they moved from one place to another. These people were some of the people walking around Nova Scotia and New Brunswick over two hundred years ago, helping to shape the provinces we live in now. 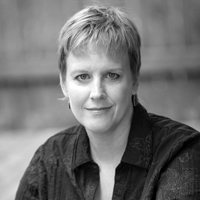 Just recently I had the pleasure of going to our local library to hear Debra Komar speak about forensic science and about her books. She was well-spoken, knowledgeable, and personable. The atmosphere was very casual, there weren’t many of us in the audience, so anyone who had a question was able to have it answered.

First, she talked to us about what she has done as a forensic anthropologist and some actual cases she has worked on. Then she explained her series of four books. Two are out now, two have yet to come out. Each book involves a crime that took place sometime in the past, and that Komar has used to investigate questions that are still relevant today regarding kinds of evidence and how it is used in criminal trials.

I am glad that I went to hear Debra Komar speak, and encourage anyone else who is able to go. I plan on eventually reading all four of her books. It’s a fun way to learn about some local history! These crimes that have been committed had a profound effect on society in the surrounding areas, helping to shape our country and our laws.

Have you read any good true crime books that take place in an area close to you?

17 thoughts on “The Ballad of Jacob Peck by Debra Komar”