I haven’t read a good book about slavery in a long time. And, this is an excellent one. One of the things that makes it stand out is that it is not just about slavery; it’s about what humans do to each other, the motivation behind why we do it, and how it ripples (more like surges) out over the generations. In fact, what I love most about this book is the multi-generational look we get at one set of sisters whose lives have taken completely different paths.

Homegoing tells the story of two women who share the same mother but never meet. One is captured and sent away on a slave ship, while the other is married off to one of the white soldiers stationed on the Gold Coast of Africa in the 18th century. What follows is an account of many generations descended from these women right up until the present. I was completely absorbed in every character’s story; enthralled by the changing times and variety of circumstances. Each character had their own chapter, and each one had me wondering what was in store for them; anxious to get to the next story while feeling reluctant to leave the one I was reading. How Gyasi was able to weave the history of the last 250 years into her 300 page book is beyond me. But, she did it.

Some reviewers on Goodreads have commented on the fact that there is less connection to the characters as time goes on. I like to think that that makes sense in the context of the novel. These two lines of the family tree are getting further apart as time goes on, and becoming less and less connected with each other, and with their roots. Not only did the slave trade change the course of the lives of the enslaved, but it also had a huge impact on the people living in Africa; dividing them, filling them with shame and anger. Maybe the disconnection with the characters on the page symbolizes their ever-growing disconnection with each other and the roots of their past.

Enough of me trying to sound like I know what I’m talking about (but sometimes the comments people post on GR get me thinking more about what I’ve read). What I really want to do is tell you about all the people and events in this book (I made enough notes to), but I think it would be better for everyone to read it for themselves. I highly recommend it.

A few highlights for me:

This is how they lived there, in the bush: Eat or be eaten. Capture or be captured. Marry for protection… He would not be weak. He was in the business of slavery, and sacrifices had to be made.

There’s more at stake here than just slavery, my brother. It’s a question of who will own the land, the people, the power. You cannot stick a knife in a goat and then say, Now I will remove my knife slowly, so let things be easy and clean, let there be no mess. There will always be blood.

We believe the one who has the power. He is the one who gets to write the story. So, when you study history, you must always ask yourself, Whose story am I missing? Whose voice was suppressed so that this voice could come forth? Once you have figured that out, you must find that story too. From there, you begin to get a clearer, yet still imperfect, picture.

Weakness is treating someone as thought they belong to you. Strength is knowing that everyone belongs to themselves.

War may be over but it ain’t ended.

For Sonny, the problem with America wasn’t segregation but the fact that you could not, in fact, segregate. Sonny had been trying to get away from white people for as long as he could remember, but, big as this country was, there was no where to go… The practice of segregation meant that he had to feel his separateness as inequality, and that was what he could not take.

We can’t go back to something we ain’t never been to in the first place. it ain’t ours anymore. This is.

… what he wanted to capture with his project was the feeling of time, of having been a part of something that stretched so far back, was so impossibly large, that it was easy to forget that she, and he, and everyone else, existed in it – not apart from it, but inside of it.

This is Yaa Gyasi’s first novel. You can be sure I’ll be watching for what she writes next!

This is usually where I would link to a few reviews of the book, but there are so many – just google it! If you have written one on your blog, feel free to leave a link to it in the comments.

Reading this book reminded me of Laura’s excellent review of The Wake/article about colonialism and books, at the The Rusty Toque. Read it, if you haven’t already!

*Thank you to Random House Canada for sending me a copy of this book for review.

42 thoughts on “Homegoing by Yaa Gyasi” 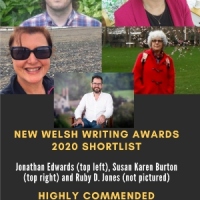