Mrs. Hemingway begins in 1926 Paris, when Ernest is still married to Hadley, but has already set his sights on Fife. The narrative goes back and forth from the end of their marriage to when they first met and fell in love. The book goes on in this same style to tell the story of all four wives of Ernest Hemingway.

I was excited to read this book. I haven’t read a lot about the Hemingways even though there have been a plethora of books out about them – and many people seem to love them. But I have to admit that I was a bit disappointed in the book. It felt repetitive to me (which isn’t surprising considering the material the author is working with), and I became impatient with it, hoping the agony of watching the wives fall in love with such a problematic man would soon be over. However, it was interesting from the perspective of a Literary Wife.

The four wives in this book all have one thing in common – Ernest Hemingway. So, let’s start there.

Ernest: From what I read in the book, Ernest sounds like a mentally ill man trying to get through life the best he can. He had four wives, but he also had many affairs in addition to his wives. He seemed to be just as addicted to the ‘high’ of new love as he was to alcohol. The amazing thing about him is that, despite his faults (and by the end they were blaringly obvious), women seemed to love him.

What a pull he has! What magnetism! Women jump off balconies and follow him into wars. Women turn their eyes from an affair, because a marriage of three is better than a woman alone.

Hadley: Being his first wife, Hadley was the least likely of them all to see what was coming. She did put up with the short affairs, but his obsession with Fife threw her. The friendship between the two women made the situation all the more strange. Hadley seems sad to see their marriage go, but is not willing to prolong the “game” any longer. She no longer wants to be comparing herself to Fife, and wondering when/if her husband will ever come back to her.

How effortlessly Fife charmed others – and how charmless it made her feel.

In a way, it almost seemed to me she felt a kind of relief to be moving on. Our of his four wives, she seems the most ‘traditional’; not as interested in his fame, his friends, his world travels. She just wanted to be able to hold onto her family.

If only Ernest had more sense than just to throw it all away. Hadley smiles to herself; she sounds like one of those sighing housewives in magazine stories she would never admit to Ernest she rather likes to read.

Fife: Fife feels badly about Hadley, but not badly enough. She just can’t stay away from Ernest, and he seems to feel the same way about her.

There was that rich woman’s sense of entitlement: of deserving a particular object only by virtue of desiring it, whether it was a bicycle or a Schiaparelli dress or another woman’s husband.

Out of all of his wives, Fife seems the most passionate about holding onto him. She is by his side everywhere he goes for years; accompanies him on all his trips. Even after their sons are born, she continues to believe that her place is by his side, leaving the kids at home with their caregivers.

Fife and Ernest had some great years, but I think Fife spent them all worrying that some day she would lose it all the same way Hadley did. And she was right.

… that’s how she felt with Ernest: adored, and elevated, but with the faintest feeling that she could, at any time, lose her footing.

Unlike Hadley, who seemed most interested in the idea of ‘family’, which is possibly what allowed her to let Ernest go when he was no longer holding up his end of the bargain, Fife just wanted Ernest. It’s harder to let go of the only thing you want.

Martha: Martha seemed the most sensible (and independent) of his wives. For a long time she refused to marry him, believing that “marriage is for women who want to stay home”. She also suspects, by his history, that it would ruin them. But he finally wore her down – “to show the world it’s us against them”, and they married.

As Ernest becomes more dedicated to the bottle, he becomes more bully-like, and we see this in his marriage to Martha. He asks her, “Are you a war correspondent or a wife in my bed?” But Martha considers herself different from his other wives (who she calls “lapdog wives”), and continues with her career at the risk of losing Ernest. She also carries on affairs of her own.

He is not so much greedy for women as blind to what he thinks he needs and so he grabs at everything. Wives and wives and wives – Ernest doesn’t need a wife; he needs a mother!

Like Hadley, and unlike Fife, Martha had an idea of something that she loved as much as she loved Ernest – her career. This made it easier for her to let him go.

Mary: By the time Mary came along I couldn’t believe that another woman could actually fall for this guy. Not only is his past a huge red flag, but he is also, at this point, a moody alcoholic. But Mary does fall for him, and becomes the first of his wives to leave another marriage for him.

This is the marriage that lasts. But Mary’s role as wife is even more of a caregiver than the other three wives. Being ‘taken care of’ seems to me to be mostly what Ernest is after.

And he seems to be attracted to women who are smart and independent – maybe as a way to ensure they’re better able to put their energy into keeping him happy. He loved to feel adored, and he “couldn’t bear being alone”. His wives had big roles to fill. And, although there did seem to be love in the equation, there didn’t seem to be an equal balance of power. The wives were often left wondering about his affairs, as well as cleaning up after his messes. They feared losing him if they left him alone. I think there were many happy moments in their lives, but it’s hard to believe that they had happy marriages; just the hope and dream of a happy marriage. Each wife thinking she’ll be the one who sticks; the one to ‘cure’ him of his philandering, depression and alcoholism.

He had once told her that love was never about the powerful and the powerless. But Fife can’t think what else might constitute a marriage.

Have you read this book? What do you think about Hemingway’s ways and his wives? Are there similar books that you would recommend?

On the first Monday in February we’ll be reading and discussing The Wife by Meg Wolitzer. You’re welcome to read along and join in the conversation! 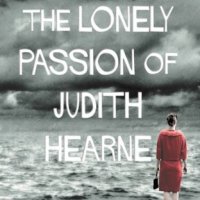 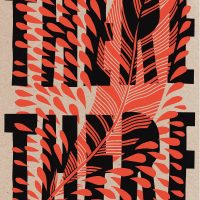