A Certain Grace by Binnie Brennan

A couple of years ago I read Binnie Brennan’s novella Harbour View and loved it so much I was destined to go on to read her collection of short stories.

It’s hard to compete with Harbour View, but A Certain Grace is also a joy to read. A nice mix of characters going about their lives, different enough to keep each story fresh and interesting.

A woman sits in the park, eating her lunch, and is joined by a man who calls himself Badini (“Badini, my foot, she thinks – his name’s probably David Smith”) and a girl talking on her cell phone.

Louise has never understood how people don’t seem to mind that the whole world can hear their half of a conversation, without being embarrassed. She hopes the girl will finish her call and move on, or better yet, move on and finish her call.

Two middle-aged school teachers are out on the town in Halifax, commiserating over their failures (the “teacher-ladies-dumped-by-shit-husbands club”), and “trying their luck at scoring a joint”.

“I am a failure as a wife and mother,” Mary Beth announced, not for the first time, as we lurched across Barrington Street. I grabbed her arm to keep her from stumbling on the curb, and winced as a bolt of pain shot through my shoulder. / “You are not a failure,” I said, leaning into her for balance and thinking of my sullen, beautiful Joey, home alone on the computer with a can of Pringles for company.

When it comes time to sell the family home, a man recalls the scars of childhood.

My wife sometimes traces the strap’s pathways across my back. As I grow older, she tells me, the shiny white trails are fading.

A retired University Professor is now confined to his apartment and spends his time watching out the window; his only companion his caregiver. What would he do without her?

Tilly, dear Tilly. He’ll forgive her the vile soups and rubber-egg lunches as long as she keeps his window clean; as long as she fills his apartment with her opinions and happy chatter. Tilly, with her face as straightforward as her proclamations, frames with the beginnings of jowls at one end and a graying fringe draping the other. With her big-soled running shoes and faded golf shirts she seems out of place in his austere apartment, ready to topple the delicate art deco nude standing on a plinth by the piano – hell, she’s ready to topple the piano, really. But twice a day, six days a week, she is his family.

The titular story, A Certain Grace, is made up of five charming vignettes of a grandfather’s life.

I was a little girl when my grandfather died. I loved him well enough, but I was also a little scared of him. Grampie had eyebrows like brooms and a laugh like a foghorn, and when Ma took me and Jimmy for a visit, he’d pretend to pull peppermints out of our ears.

A young woman finds a man near dead on the beach, his fiddle close by. A trucker drives an injured Monarch butterfly across the border to its breeding grounds. A soldier standing in the ruins at Bristol watch as two boys and a wagon go by; one boy with no eyes and one with no legs. “He has never seen such courage.” 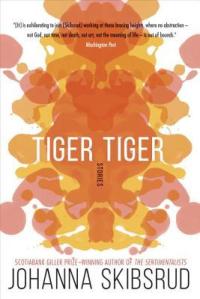 These stories are a wonderful mix of the ordinary and extraordinary, an exploration of the past and the future. This collection kept me turning the pages to see what new and unusual thing was going to happen next.

In Tiger, Tiger  a scientist is attempting to “resurrect” the tiger that has been long extinct.

What I held in my hand at that moment was just as obscure, just as – nearly – impossible to measure or grasp as that which had already come and gone. Like the past, it did not exist in any conceivable form except as an idea, a wish. A prayer, even! Here it was… the future itself.

In The Origin of Species a man and his fiancée witness a great “ball of light” descend upon their small town.

For the most part, everyone who’d actually seen it agreed that something had happened. Just what exactly was more difficult to say. At first, the reporters had come in droves, but then, just as quickly as they came, they went, and after the official report was printed in the Silver City Tribune, only the lunatics continued to talk about what had happened that night. Only a few weeks later, nearly everyone seemed to agree that nothing unusual had happened, or was ever likely to happen, in our little town.

In The Opening a museum opens centuries into the future. I can only imagine what they might see…

One day – long after the end of this world and into the beginning of the next – the director unlocked the gates to the first museum that had existed in nearly four thousand years, and the people streamed in.

In A Horse, A Vine a soldier suffers from PTSD, and tries to hide it from his wife and daughter. But it gets worse and he starts to worry about what will happen to them if/when he dies.

There are five different endings to the game: two of them good and three of them bad. So that’s like real life, too. There’s always a chance that things will work out – but more of a chance that they won’t.

A girl is just finishing up High School when she, on a whim, enters a contest to leave plant Earth. A man finds out that his mother’s ancestral stories are a load of crock. A young girl is discovered to be capable of remembering the last 200,000 years on Earth and is handed over to a group of elders for her education. 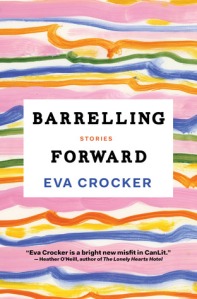 Like Binnie Brennan’s stories, Eva Crocker brings us back to ordinary life – snapshots of an array of Newfoundlanders going about their lives. The writing is good, and I was satisfied with the level of detail, but when I was finished I felt like something was missing.  I have written in my notes that it’s like chatting with a new acquaintance at a party who tells you intimate details about their life and then you never see them again. But I can also see why some readers might like this style… it could also be described as like a movie, scanning the lives of ordinary people, and just when you’re getting into the nitty gritty of someone’s life, the camera moves on to the next person.

The collection starts out well with Dealing with Infestation. A man moves to a new apartment which he finds very cold, but most distressingly, he develops an itchy rash. He starts dating a fellow teacher from his school, and hides the rash from her. Things could have gone wrong solely from the rash scenario, but the woman also discovers his disappointing tendency to avoid confrontation – with his young students, but more importantly, on matters of principle.

There was a semi-finished apartment below the place Francis was renting and it sucked all the warmth out of his home. The cold made his sheets and pillow cases feel wet; each night he clenched his teeth as he slid his hand into the frigid space between his pillow and the mattress. The toilet seat was freezing. When he used the dryer the downstairs porch filled with steam that froze on the walls.

In Auditioning a set of identical twins travel for a modeling audition. One sister is into it, but the other not so much. Her mother urges the reluctant girl on for the sake of her sister and all the trouble and expense they’ve put into it so far, but the girl is able to find a striking way to express her feelings about the position she’s in.

When they were teenagers lots of people told them they could be movie stars. They were slim but not scrawny and they had thick hair. Their teeth were straight and white. But what it really was, was that there were two of them.

In Full Body Experience a woman believes her friend is on the mend after the death of a boyfriend when she brings home a cat and some plants for her apartment.

A waitress finds herself in uncomfortable situations because of her hatred of being disliked. A woman who is taking care of her boyfriend’s baby leaves the baby asleep on the couch while she goes out for lottery tickets. In the titular story, a boy and his younger sister take off to Montreal after the death of their alcoholic mother.

Barrelling Forward is a contender for the 2018 Alistair MacLeod Prize for Short Fiction, along with David Huebert’s Peninsula Sinking (which I loved) and Don Aker’s Scars and Other Stories (which I have yet to read). Winner announced Thursday, May 10 along with many others at the Atlantic Book Awards. 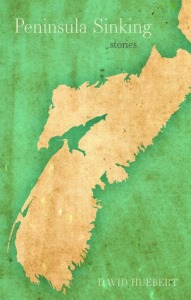 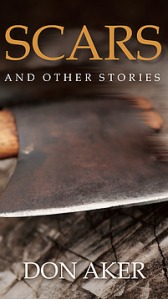 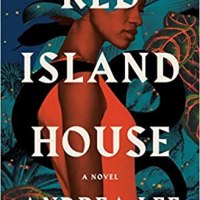 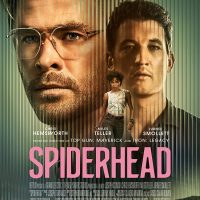 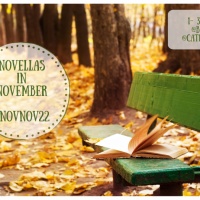 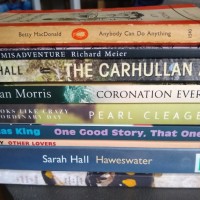