In Found Drowned Laurie Glenn Norris, already an established author of local historical non-fiction,  tries her hand at fiction that is based on true historical events. Which, without a doubt, is a sure way to snag my interest.

In the beginning of Found Drowned a young woman is spotted by two boys, washed up on a beach in Prince Edward Island. While the citizens of Cape Traverse try to determine who this girl is and what happened to her, an alternate narrative takes us back to the life of Mary Harney, a 17-year-old girl from Rockley, Nova Scotia.

Found Drowned is the author’s attempt “to resurrect the life and times of Mary Harney, a young woman from Cumberland County, Nova Scotia, who disappeared without a trace in 1877, and who has been, for over a century, remembered only in the context of a ghost story.”

Laurie Glenn Norris does an excellent job bringing the people and places of the late 19th century to life. I was mesmerized by the story and the historical detail; attitudes and beliefs, judicial and forensic procedures, popular literature and magazines, as well as the daily grind.

Mary lived on a small farm with her parents and younger siblings, paternal grandmother and great-uncle. Her great-uncle John was nice, but she could have done without the harsh words and judgments she often got from her grandmother. And as she got older, her alcoholic father became someone she tried to avoid at all costs.

Before her mother’s illness the family had taken a trip to visit Mary’s maternal grandparents and aunt, and Mary continued to look back on that trip with longing.

Mary thought that Beatrice had the most interesting things. A Singer sewing machine that always smelled of the oil she doused it with, cardboard slides of side-by-side photographs  that became one picture when you looked at them through a fancy viewer, and all the latest books and magazines. Along with ‘Godey’s’ she had both the ‘Canadian Illustrated News’ and the ‘London Illustrated News’ delivered by mail twice a month. And at the moment she was reading a new book just purchased from a Halifax bookstore. It was a collection of short stories entitled “Doctor Ox”, written by a man called Jules Verne. Best of all, she’d been reading “The Woman in White”, by Wilke Collins, aloud in the library every evening once Little Helen and Harry were put to bed. Grandpa called it trash but Mary, Ann, and Helen hung on every word.

Not too far in the future, over on the island, Dr. Jarvis is summoned to the Bell Farm where the dead body is waiting for an autopsy. The autopsy is described in a surprising amount of detail, as is the legal proceedings required under these circumstances. The police investigation is not carried out as well as it might have been (partly because assumptions are made about the deceased), and a Halifax detective has to be called in for a re-investigation. Which, for readers, makes the story even more interesting. But for Gilbert Bell, it means more time spent away from his daily farming duties. And time spent keeping his sons away from the irresistible goings-on.

The girl’s greenish-white skin became pink in the light of the sunset streaming through the cobwebs of the barn’s tiny west window. Jarvis cut, then tore, the right side of her jacket and its underarm along the seam. He slid it off the body, then did the same with the shirtwaist and chemise. Gilbert folded the sodden clothes and placed them in a neat pile on the floor.

The door handle rattled. “Pa, let us in.”

The case is brought to court with the gathered evidence and witnesses for and against the accused. But as we know, this has remained an unsolved crime.

“Well , gentlemen, what are your thoughts?” Oxley asked as he moved his chair closer to the table. It was six-thirty and the four justices were just settling down to supper back at the hotel. They had the dining room to themselves to discuss the hearing and come to a decision.

The reader is left to determine what happened to poor Mary Harney. I thought I would find this frustrating, but Glenn Norris tells such a good story that I found the end deeply satisfying. I was just sad it was over.

At the back of the book, Laurie Glenn Norris lists the newspaper articles she was able to find about Mary Harney’s disappearance, around which she built Mary’s story.

Thank you to Nimbus Publishing for sending me a copy of this book! 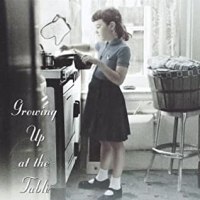 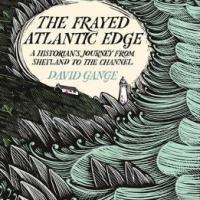