I decided to put a hold on this book after my interview with Chris Benjamin; Doing Time is one of the books he had recently read and recommended. (He had also spoke highly of Carol Bruneau’s Brighten the Corner Where You Are, and that turned out well!)

I was surprised by how invested in this book I became, right from the beginning. I loved Carole’s honest and gentle way of telling us about her time spent giving writing workshops at the prison, her interactions with the guards and social workers, and her conversations with the inmates.

In Carole’s pitch to the prison about her idea to give workshops, she explained, “I wanted to inspire inmates to write about what mattered to them. Writing clarifies thoughts… and when thinking is clearer, actions become more comprehensible.” And “Every creative act is empowering, generating energy and self-worth.”

Carole’s passion for poetry is contagious. (Included at the back of the book are the poems used in the prison workshops.) Here are a few other tidbits about poetry from the book…

… poetry makes visible what cannot be seen. Because poetry takes familiar, everyday occurrences and reveals them to be extraordinary.

Poems are not essays written to persuade, they’re discoveries…

Often it takes several readings to comprehend a poem… and even when we don’t grasp it entirely, something about the poem can touch us and ring true.

Carole was able to draw many of the inmates out of their shells by way of poetry and creative writing. They read and discussed poems at the workshops and then wrote about things from their own lives and experiences with prompts from Carole. They wrote about their childhoods, their families, their partners, their children. I was delighted to be getting insights into the poems, but was especially interested in the personal stories that came out of the workshop sessions. Carole’s time in the prison resulted in some surprisingly intimate pieces of writing.

The men and women imprisoned behind these walls are Nova Scotians who, for the most part, had tough childhoods and hard lives and it was wonderful to see that Carole wrote about them with care and the acknowledgment that they are more than just the crime they committed. She quotes Bryan Stevenson: “Each one of us is more than the worst thing we’ve ever done…”

Jails prove that we have failed each other again and again.

Scattered between the chapters of Doing Time, Carole cites disturbing prison stats and anecdotes, including the overuse of solitary confinement, little support for women with children, the high rate of Indigenous and Black Nova Scotians in our prisons, the lack of therapy for inmates, as well as over-crowding and understaffing. Some inmates have been in and out of prison since they were children.

Many of the inmates who took her workshop thanked Carole for coming in to spend time with them, but Carole feels she got just as much out of the experience as they did.

I learned that everyone has a story to tell, a powerful, moving story. And people care about these stories. But most will never be heard.

Each week, when I walked down those windowless halls, the iron doors clanging behind me, I felt again and again that the pain and longing in that crowded building created a spiritual intensity that made this a holy place, a dwelling whose inhabitants must be appreciated and treated with care. I had the privilege of hearing many of their stories. I wanted to honour them for their trust.

The Miramichi Reader: “I think the most telling value of these prison writing workshops comes from an inmate who participated in them. He said he enjoyed writing because “he can write things that hurt too much to say aloud.”“

Atlantic Books Today: “Inspired by Wallace Stevens, who said that the role of a poet is “to help people live their lives,” Langille wanted to bring a new form of rehabilitation to individuals who may not otherwise choose poetry as a therapeutic tool.“ 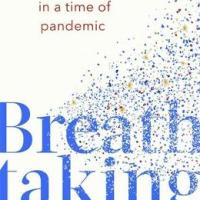