Here’s what I got out of this book: Sex workers are everywhere, there are so many more than I would ever have thought, they come in all shapes and sizes and ages and genders, they could be anyone (maybe someone you know or work with).

There is no one truth about sex work or the people that do it.

Here’s something else I learned: “Current laws on prostitution in Canada, introduced in 2014, make it illegal to purchase sexual services but legal to sell them.” (Wiki) Tricky, right? And does this really help to protect sex workers?

One of the major arguments about legalization of sex work revolves around the risky nature of working on the street. Proponents of legalization suggest that if sex work was legal, it would be out in the open and those who engage in it would have protection, resources, and recourse if they were victimized.

Something else I learned: There are two ways of feminist thinking towards decriminalizing sex work. Some believe sex work is empowering for women; they have control over their bodies and get to decide what to do with them. Others believe that sex work is exploitation of women and legalizing it will only perpetuate the problem.

Through the personal stories of a variety of sex workers in St. John’s, Kerri Cull explores all of these issues in her book.  Many of the interviewees in this book are independent sex workers; they’ve made personal choices to be doing what they do. They have strict rules about safety and discretion, and have chosen this profession over others. It allows them to pay the bills, their student loans, and to support their children without asking for help from anyone else.

Megan appreciates that her work simply makes people really happy. They then take that happiness and contentment out into the world with them.

Most people don’t think they’d ever do it, but everyone has a price.

It is probably one of the only industries where men automatically make less then women.

They look down on us, feel we are asking for trouble or may even deserve it.

If the girls didn’t feel so ashamed of their actions, they wouldn’t get so caught up in drugs and alcohol.

It takes a strong sense of self to stay healthy in this kind of environment that at its most simplistic is about physical appearance, but ends up having deep mental and emotional consequences.

There are still many sex workers out there that are involved out of desperation, addiction, and survival – most of whom have a history of abuse. These women (and men) also deserve to have their stories heard, and their rights upheld.

At the end of the book, there is information about resources in St. John’s for sex workers looking for support, as well as interviews with government and community workers.

Until sex work is decriminalized, there will always be barriers to sex workers accessing their human rights. The criminalization of sex work certainly lends itself to the stigmatization of sex work and those who do it. Stigma has been named by sex workers in this province, and across Canada, as the worst part of doing sex work. There is a real lack of understanding about sex work and the people who engage in it in our community, and this lack of understanding perpetuates myths, stereotypes, and prejudice, which in turn leads to stigma and discrimination.

Every person craves acceptance for who and what they are.

I have to admit that one thing I kept thinking throughout the book was, how can there be so much demand for paid sex? What is this an indication of? (I’m not going to answer that… but you can if you want.)

Interview with Kerri Cull at The Telegram: “I thought, if one of these gang rape victims did want to take legal action, they probably wouldn’t because there’s such a stigma attached to their lifestyle. As the media started picking up on it, I realized that people weren’t really hearing the voices of the actual victims. So, here they are.”

Review at Atlantic Books Today: “There are many myths about sex work in Atlantic Canada: that sex workers are nothing but deviants with low moral compasses, that all sex workers are victims of childhood abuse. And, perhaps most commonly, that “this kind of thing isn’t going on here.””

My review of The Change Room by Karen Connelly, in which one of the main characters is an independent sex worker.

Thank you to Breakwater Books for sending me a copy of this book! 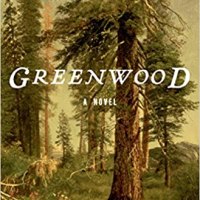