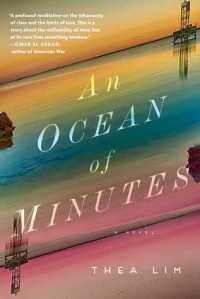 An Ocean of Minutes had me in its grip. I was so invested in the outcome, I couldn’t put it down.

I had high hopes for it, too, when I read that it involved time travel and a flu epidemic. But how was Lim going to make her book stand out from other dystopian novels?

Premise: Polly and Frank are madly in love. They’re planning their future together when Frank catches the dreaded flu virus that’s going around. To save his life, Polly travels to the future to work for TimeRaiser, making arrangements with Frank about where and when to meet 12 years later, in 1993. But Polly gets sent to 1998 instead, and the place they were to meet is no longer accessible. The search for Frank and Aunt Donna feels frustrating and impossible. Polly’s despair is palpable – what if she can never find them and she is stuck in 1998 alone forever?

She turned off the light and lay down. She pressed the back of her neck against the bed and clasped her hands and jammed her thumbs against her ribs to steady her heart. Of course she would see him tomorrow. Of course he would be waiting on the first floor of the Flagship, sitting in those bulbous burgundy armchairs, where he had a view of the door. Of course she would get there hours before he even formed the thought that she might not make it. And by tomorrow evening, this acid fear that she would never again see his face would have lasted less than a day.

1998 is no picnic. The people travelling to the future are helping to rebuild after the disastrous epidemic. Their food is rationed, their work days and weeks are long, and their living conditions deplorable. Polly is one of the lucky ones with special skills and has traveled there as an O-1, meaning she gets better treatment and accommodations than those who are classified as H-1. Being an 0-1 is bad enough, but when Polly is demoted to H-1, she finds out what the conditions are like for most TimeRaiser bond workers. At first, Polly holds herself at a distance from it all, focused solely on finding her loved ones, but she soon realizes that the only way to get by without becoming mired in despair and hopelessness is to make connections.

In her heart, the past was not another time, but another place that still existed. It was just that she had taken a wrong turn. One day, she would figure it out and she would go back to the house where she had lived, and it would not be lost to the violence of time, the roof caved in. It would be just as she had left it, and she would look up at the front of the house, and see the light on in the bedroom window.

One thing I like about this book is that Lim focuses on the relationships between the characters, rather than the logistics of her dystopian setting. Making the distance of time be a factor in a relationship, she’s able to explore its impact. Even more intriguing is that, while one character is experiencing a 17 year separation, the other is experiencing a separation of almost no time at all. We are with Polly throughout the story, and we can’t help wondering what’s going on with Frank – is he feeling just as desperate as Polly? Has he moved on? Did he even survive?

All that love. It can’t die. It has to go somewhere.

A unique aspect of the book is that the future is actually our past. (Kerry at Pickle Me This calls it “historical speculative fiction?”) Woven into this dystopian love story, class difference is a theme that stands out as meaningful yet not too heavy-handed. Polly realizes as an 0-1, she gets better treatment, and is thankful for it and ashamed of it at the same time. When she is demoted to H-1, she feels trapped under the thumb of anyone in a more powerful position.

“Look at me. I’m not like them!” She began to cry, out of shame that she’s said such a thing, and out of fear that she’d had to.

An Ocean of Minutes seems to have a little something for everyone… love, trust, speculative fiction, politics, ecology, social status, unpredictability, and even some cultural references to the 70s and 80s. This is Thea Lim’s debut – I look forward to whatever she writes next!

A favourite line: “Life goes on in its depressing way, even when we are happy.”

Marcie at Buried in Print: “One remarkable aspect of Thea Lim’s novel is her capacity to move beyond the clear-cut delineations of victim and perpetrator, which makes for a more intriguing and rewarding story.”

Pickle Me This: “I loved this book, and how it turns another time into another country, but doesn’t it always seem that way? So far away, and yesterday, and it’s as though you could almost get back there, and you nearly know the way.”

Quill & Quire (Reviewer Tatum Dooley does not share my enthusiasm for this novel): “Toronto resident Thea Lim’s debut novel is a dystopian time-travel story that defies genre conventions by concentrating on the interpersonal consequences of its plot. But somewhere along the line the narrative falls flat: despite the author’s best attempts, the reader feels no attachment to the characters. As a result, it’s difficult to root for their success.”

The Star: “The clear-eyed, evocative writing here is reminiscent of Margaret Atwood, and anyone familiar with The Handmaid’s Tale will find resonance in these pages. Similarly, Lim draws on the New CanLit, tapping into its energetic focus on social justice, using fiction to probe our contemporary reality — in all its staggering inequality. An Ocean of Minutes is, in fact, a study in the ways in which such inequality destroys lives, drives people to desperation and separates them from those they love most.”

This is my last review of the shortlisted Giller books for this year. Watch for the announcement of our Shadow Giller winner!

19 thoughts on “Shadow Giller: An Ocean of Minutes by Thea Lim” 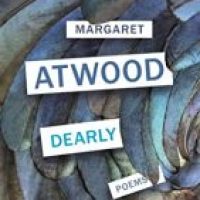 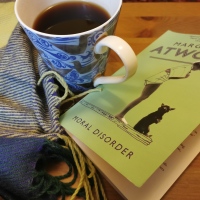 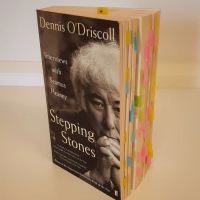