The image on the cover is a painting done by Lauren Carter’s mother.

Five years ago, when my blog was still a baby, I read (and loved) Swarm, Lauren Carter’s debut novel, and interviewed her about it. (Lauren’s answers were fantastic and I’d love to bring this interview to fresh eyes, so please have a look.) In my last question, I asked her about other projects she was working on, and here’s what she said…

I’m working on a new collection of poetry and one of short stories, as well as a new novel which is set in 1986, those early days when we were first becoming aware of something called the ‘greenhouse effect’. The poetry collection is a series of poems about my great-great-grandparents who migrated north from the Niagara area in the mid-1800s, homesteading as they went, until they ended up on Manitoulin Island where my great-great-grandfather became the first lighthouse keeper on the island. The place became a sort of Avalon for my mother and uncle who grew up remembering it as my grandfather’s lost home and the shelter of their childhood happiness. That feeling for it was passed down, which I address in the collection as well.

Following Sea is that collection of poems, and it has been over a decade in the making.

Spanning almost two hundred years, Following Sea finds anchor in the submerged regions of the heart. With great care, Lauren Carter wades into family histories and geography, all the while charting her own territories. Carried by the ebb and flow of language, Carter’s second collection explores issues of infertility, identity, and settler migration, offering a tender examination of home. Urgent and intimate, Following Sea leads us along the shoreline of Carter’s Manitoulin memories to show us what she has carried up from the depths. (Turnstone Press)

The first section, titled Following Sea, takes us with Lauren on her travels to Manitoulin Island where she visits her ancestors. She explores the “yellow grasses” and “stone cellars” of Michael’s Bay. In Baie du Doré, the “land claimed by wind turbines” and “schoolhouses holding wreckage in their yards.” Near Tobacco Lake Lauren watches her mother and uncle “silhouetted by / the dropping sun. Two old / people wrapped in a silence far / from my breathing, in a place / I have not learned.”

Lauren’s poem, Island Clearances, won Room’s 2014 Poetry Prize. In an interview with Room, Lauren explains that the poem is about the movement of her great-great-grandparents, Margaret and John Chisholm (and their children) in the mid-1800s.

I did not know, not

then, as a child, or later

in the inflatable raft

where I paddled pale

hands around the stone-

Manitou, about the few

and my people docking

there to live, packing fish

The next section, titled Migration, follows Lauren’s ancestors (from 1851 to 1879) as they move from the Niagara region of Ontario to Manitoulin Island, with a stop in between where they helped to establish a village on the coast of Lake Huron that ended up burning to the ground.

But north they’d go, where

In Homecoming, Lauren continues the stories of some of her ancestors: men and women who fought in wars, battled cancer and consumption and fevers, one woman dying at the age of 25 leaving five young children behind. Her grandmother waiting fourteen long years before giving birth to a son.

who bore the infants her own body

until one summer, she thought

In Barren and Mother’s Day, Lauren explores her infertility and its place as a part of her identity, and how it’s all tangled up in the past, present, and future.

It is partly this inability to have a child, this ‘end-of-the-line’, and what it means to her, that drove Lauren’s curiosity about her genealogy. In her interview with Room, Lauren explains, “I see this migration, though, as not only a physical journey but a mental, perhaps even spiritual one: through a time of bare-knuckle survival to a time of acceptance, of finding a foundation. This is the overarching theme of the book, especially as it relates to the journey of infertility, of taking that difficult passage to arrive at a place of acceptance and peace.”

I have nothing to give

you, history. Only words

an ocean as children

in the hold of a ship.

Through these poems, Lauren Carter tells a beautiful and heartfelt story of lives lived, lives lost and lives never-to-be.

Lauren put her whole self into this work and you can feel it.

Following Sea speaks to the listening heart, to those who know intimately how barren territory inspires strength that survives generations. — Lorri Neilsen Glenn, author of Following the River: Traces of Red River Women 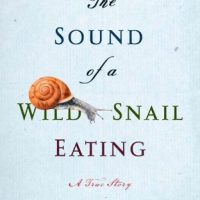 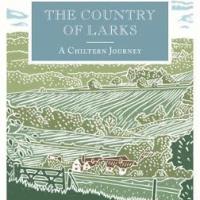