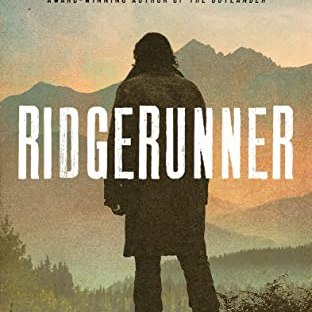 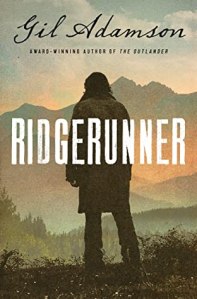 Those who liked The Outlander by Gil Adamson are likely to enjoy this one as well. It continues the story of Mary Boulton–twelve years later–with a focus on her 12-year-old son Jack and his father William Moreland.

The book begins with the death of Jack’s mother, which drives the rest of the story. William becomes determined to secure his son’s future and decides the best way to do this is to steal as much money as he can.

He was quiet and quick, travelling always on foot, and no one knew who he was. Attempts to catch him proved so fruitless and exhausting that he was eventually given a nickname: the Ridgerunner.

In the meantime, Jack has been staying with Sister Beatrice, a nun who is living alone in her family home in Banff, and has lots of room for Jack in her house as well as in her heart – despite his colourful language. (“She corrected his speech with such numbing frequency and such total lack of result the neighbours began to speculate on who was the teacher and who the student. They wagered on which of them would give up first.”) When Jack finally has enough of town living, he escapes out his bedroom window and heads back to his remote home in the woods.

Raised by two hermits in the woods, much was new to him. The ill will of other children shocked him. And girls, they were everywhere, all over town, a profusion of women and girls thanks to the war. Lipstick; he had never before encountered such a thing. The way women’s hats neither shaded their eyes nor kept them warm, nor, most times, even stayed put on their heads. The way they fussed over a fur stole, the way they snuggled into it and pretended they were warm. Jack knew exactly how to stay warm, and a little scrap of fox wouldn’t cut the mustard.

Jack doesn’t mind living alone as long as he is at home. He has his horse and he has his closest neighbour checking in on him most mornings for breakfast. But how is Sister Beatrice coping with Jack’s disappearance? How is his father faring as a burglar? And is Jack able to stay safe indefinitely in the woods alone?

The boy stepped forward and placed his slim boot into one of her paw prints. He stood there a long time with his eyes closed, pacing in his mind the canyon meadow under the stars, the long, wet grasses touching his belly, the river’s glitter from which he drank, and all around him the bright yellow flowers, these flowers here, breathing perfume into the air.

Anne from I’ve Read This points out the fact that the book (set during WWI) highlights the internment camps, made up mainly of immigrants to Canada, whose free labour built the highway from Banff to Lake Louise. 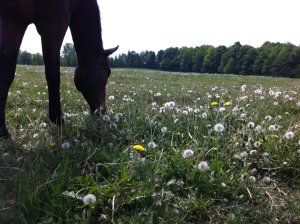 17 thoughts on “Ridgerunner by Gil Adamson”